Turkey does not expect any shrinkage in tourism, PM Davutoğlu says 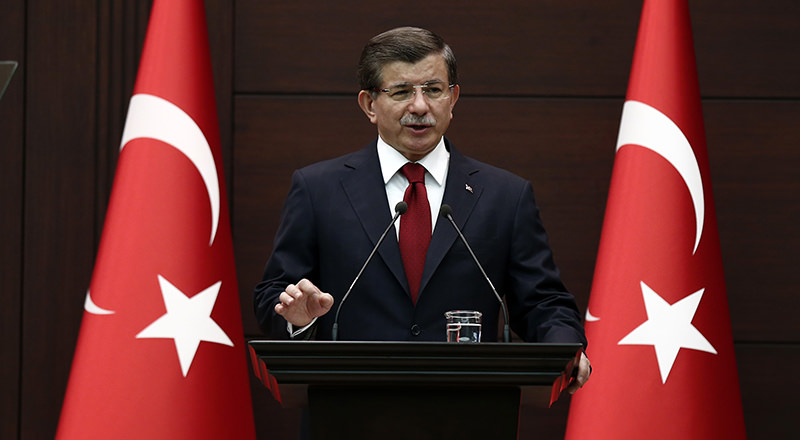 Prime Minister Davutoğlu announced the direct grant of TL 255 million in support of the tourism sector, which has been indirectly threatened by lower revenue and political tension in the region

Prime Minister Ahmet Davutoğlu said the government will grant TL 255 million ($86.6 billion) directly to the tourism sector in accordance with the Tourism Action Plan that he announced at Çankaya Palace in Ankara on Monday. According to the plan, accommodation fees paid for accommodation facilities that are approvedby the Culture and Tourism Ministry will be postponed for six months and split into three installments in 2016. The tourism support package contains more compensatory measures as well. Moreover, the Culture and Tourism Ministry is also working on long-term structural measures, and a campaign will be initiated to spur early bookings for domestic tourism.

Referring to the fact that Turkey is the 17th-largest economy in the world, Davutoğlu said Turkey will not retreat into its shell in the face of the fire that is terrorizing the Middle East. Instead, it will extend open arms to the world, as the Turkey is an integral part of the world. Davutoğlu added that no one should expect Turkey to change its axis, stressing that Turkey has an open-door policy and is aware of its power and potential. Emphasizing that it is wrong to use tourism as a sanctioning tool in reaction to problems between states, Davutoğlu said tourism is a very vulnerable sector. According to Davutoğlu, Turkey ranks sixth in the world and fourth in Europe in terms of the number of tourists it attracts annually; therefore, using tourism as a tool for manipulating investments is wrong.

The prime minister also said the government will grant $6,000 per flight to A-group tourism agencies that transfer tourists to certain airports in Turkey. The application will apply to tourism agencies that carry foreign tourists to six airports across the country. Also, the debts held by tourism companies will be restructured as deemed necessary. Sea tourism facilities will also be included in the scope of the agencies.

In response to questions regarding the recent terrorist attacks in Turkey and their potentially negative impact on the tourism sector, Davutoğlu said there has not been a notable decline in the number of tourists due to security concerns. "We are taking preventive measures and already support the tourism sector. We do not expect shrinkage in the sector. There is dark propaganda targeting Turkey. We need to let the world know that Turkey is a safe and democratic country," he added. The prime minister also said the government has allocated a high and specialized budget for tourism activities this year and boosted promotional campaigns.

The cost of the incentives that will be provided for the tourism sector will be covered through the reserve allocation of the Finance Ministry and will not pose an additional burden for the economy, according to Davutoğlu. He added that Turkey is changing its approach to tourism, which is currently dependent on a few lone countries but aims to attract tourists from various countries. According to the action plan, the construction of a marina in Istanbul was cited as one of the structural measures.

In reference to a December 2015 meeting during which the problems facing the tourism sector were discussed, the prime minister said the motto, "Turkey: Discover your power," was the overarching goal of the agenda. "This is the key phrase of the 'Turkey' brand," Davutoğlu said. "Our stance and self-confidence determine our social, political and individual lives. Our attitude in the face of terrorism and disasters as well as our dignity is determinative. This is why I stress the importance of self-confidence on all occasions. Considering the current state we are in, I reiterate that self-confidence - namely, maintaining a firm stance - are more important than anything. Self-confidence means discovering one's strength, potential and capacity. It also means gaining the confidence of others, thinking together, listening to each other and respecting others' views. This is the source of our strength," the prime minister said. He stressed that countries that have lost their self-confidence do not have the power to make breakthroughs and conduct reforms as a result.

Davutoğlu also said that thus far, the ruling Justice and Development Party (AK Party) government has overcome internal and external problems as well as global crises through confidence, stability and the national will, adding that Turkey created 6.5 million jobs despite the 2008 financial crisis when even the strongest European countries went bankrupt.

Emphasizing that the AK Party has made significant breakthroughs in almost all fields during its rule - namely, in per capita income, export capacity, congressional tourism and tourist numbers - Davutoğlu said the government will continue to boost growth and development. "As we rely on the national will, we will continue to set Turkey into motion and continue achieving the revolutionary creation of new jobs as we have seen over the past 14 years despite all the problems surrounding us," he concluded.