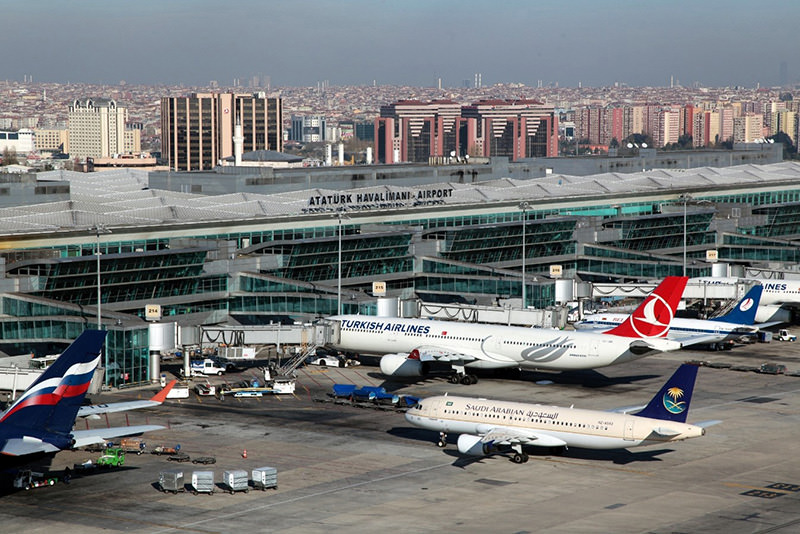 by Daily Sabah Mar 01, 2016 12:00 am
The Atatürk International Airport, which serves as Turkey and Istanbul's main gateway to the world, was awarded for improving its service quality the most in Europe by the votes of hundreds of thousands of passengers.

The ranking was made within the Airport Service Quality (ASQ) survey held by Airports Council International (ACI).

Both airports are being operated by Turkey-based TAV Airports, which has operations in seven countries.

TAV Istanbul General Manager Kemal Ünlü said that Atatürk Airport was ranked third last year in number of passengers served with 61.3 million, following London Heathrow and Paris Charles de Gaulle airports. Ünlü said that duty-free and food court areas were increased and biometric passports controls were introduced to handle more passengers with an eased passenger flow. He noted that the airport was presented as an example by the United Nations for its disabled friendly practices.

Ünlü stated that the airport will be able to comfortably serve 75 million passengers annually when the additional international terminal building is completed.

ACI General Director Angela Gittens said that the ASQ program provides participant airports a tool to determine whether they meet the passengers' expectations on airport conditions like hygiene, variety an availability of services, ambiance, attitude of staff and efficiency.

The awards will be presented in April in ceremony which will be held during the Asia-Pacific Regional Conference of ACI.
Last Update: Mar 01, 2016 3:56 pm
RELATED TOPICS