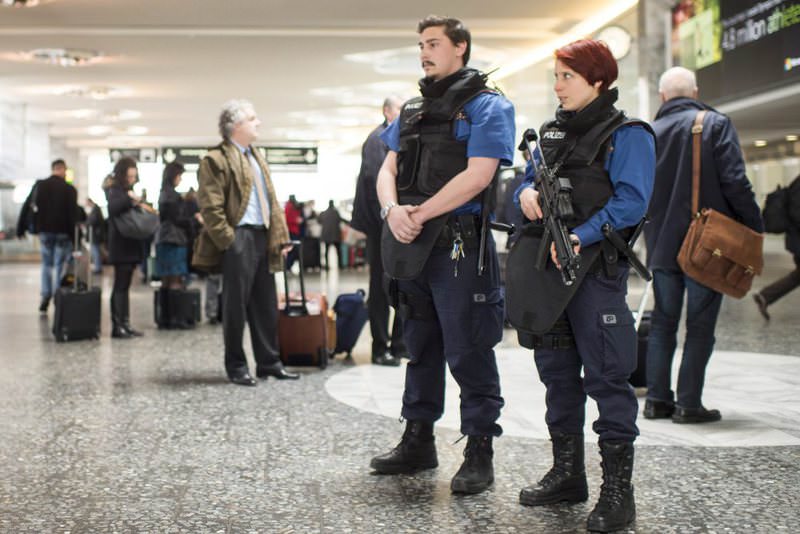 The explosions at the airport and metro station in Brussels led European shares, particularly airline and travel stocks, to decline sharply. The explosions are expected to hit Europe's tourism sector

Airline and travel stocks tumbled across Europe on Tuesday following deadly explosions at the airport and metro in Brussels, pushing stock market indices into the red. After falls of between 1 and 1.5 percent for Europe's main indices as news of the explosions first filtered through, the region's stock markets cut some of their losses as trading continued. The euro fell against the dollar, while haven assets gold and the yen gave up earlier gains. Around 35 people died after two blasts hit Brussels airport and one hit the city's metro system.

Around 13:30 GMT, London's benchmark FTSE 100 index was down 0.6 percent, while in the eurozone, Frankfurt's DAX 30 fell 0.6 percent and the Paris CAC 40 dropped 0.8 percent. Brussels' BEL 20 index was down 0.4 percent. Sentiment was boosted later in the morning by data showing that German investor sentiment had risen slightly this month.

French hotels group Accor tumbled 5 percent and German airline Deutsche Lufthansa retreated 1.8 percent. "The explosions are bad news for airlines, which have just started to see passenger demand pick up again after a slump in the wake of multiple terrorist incidents at the end of last year, including the attack on Paris," said Jasper Lawler, an analyst at CMC Markets, a trading group. "The response from authorities is likely to be another extension of security controls, which makes travel even less attractive for tourists."

A sense of stability had returned to global markets following the United States Federal Reserve's decision last week to scale back its forecasts on hiking borrowing costs after a tumultuous first two months of the year.

China's key Shanghai Composite Index ended down 0.6 percent a day after Chinese shares surged as authorities relaxed rules on margin trading for the first time since last summer's collapse in mainland markets. Margin trading, whereby investors only need to deposit a small proportion of the value of their trades, was behind a boom that sent the Shanghai bourse up 150 percent in 12 months, before it plummeted from last June after regulators moved to tighten rules on the practice.