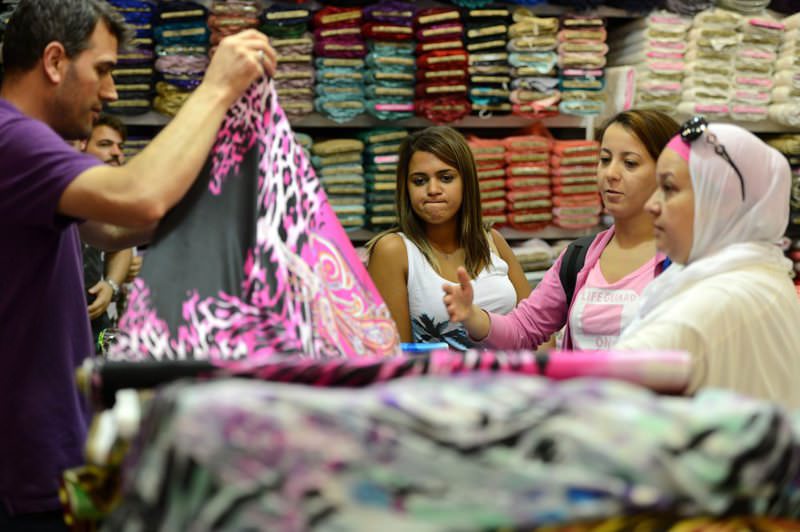 Antalya has been trending among Iranian tourists for their 13-day Nowruz holiday. Numerous Iranians shopping and sightseeing have revived the tourism sector and the economy of the city

Iranian tourists, who are spending their 13-day Nowruz holiday in Antalya, are pleasing tradesmen and tourism businesses that have been suffering from the economic stagnation after Russian military jet downing crisis in November 2015 that has led to the decrease in Russian tourists. Iranian tourists swarmed the market where local tradesmen had erected stands to display their products to tourists. While Iranian tourists filled their bags with affordable goods, the tradesmen were pleased to sell their stocks.

In Kundu, one of the most important tourism regions of Antalya - the tourism capital of Turkey -tradesmen benefitted from the Nowruz holiday in Iran as tourists rushed to the city. In Kundu, which has a small shopping mall with 500 shops mostly serving guests of five-star hotels, the local tradesmen were anxious about the upcoming season due to the lack of Russian tourists. However, with this rush of the Iranian tourists, the businesses in Kundu welcomed the season. The Iranian tourists visit shops as well as stands erected in front of the shopping mall. The tourists mostly purchase clothes, shoes, bags and other accessories

The street market established in front of the stores resembled weekly local street markets: Lively and crowded. The tradesmen promoted their goods with announcements in both Turkish and Farsi. The local market's goods retail for around TL 5 ($1.74) to TL 10. The tradesmen all agreed that the Iranian tourists have revived the otherwise stable shopping sector.

Ali Çiğdem, one of the area tradesmen, said they created the market especially for Iranians. "We offered them affordable shopping options. The whole district resembled a local street market. We offered our products at very affordable prices. We are extremely glad they are so interested in our goods, especially our clothing. Due to affordable prices, Iranians shopped a lot," Çiğdem said.

Another local tradesman, Nihat Subaşı, said they applied a special discount on last season's products in order to sell their remaining stock. He added that since the prices were very affordable, local tourists would also visit the market if they were aware of it. "For example, you can buy jeans for TL 5. The stands we established outside also attract tourists who realize there are ongoing sales. The owners of these stands all have shops inside too," Subaşı said. He added that each year, they have to clear their stock in order to clear out space for new products, and that they were very pleased with the outcome so far. Subaşı also confirmed that the main items sold were clothing items, and while Iranians were hesitant at first, in the end, they bought many things. "Our country is beautiful and there is nothing to worry about in terms of visiting Turkey," Subaşı added.