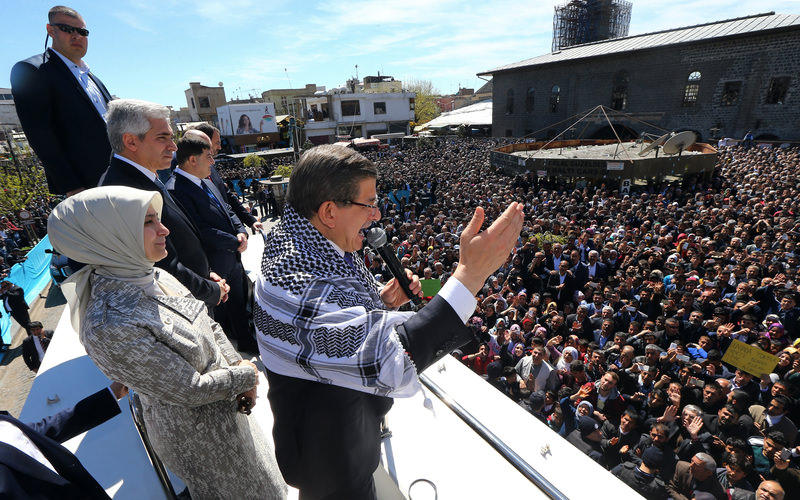 Direct flights from Turkey's southeastern city of Diyarbakir to northern Iraq will begin later this month, amid attempts to support the region's economy after anti-terrorism operations.

Prime Minister Ahmet Davutoğlu made the announcement on Friday while visiting the local branch of his ruling Justice and Development (AK) Party. He did not specify which airline would operate the new route.

Currently, indirect air connections between Diyarbakir and Erbil can take anywhere from four to 12 hours.

The direct flights from Diyarbakir to Erbil will begin April 10.

Flights from Diyarbakir to the Turkish Republic of Northern Cyprus will start on May 1, Davutoğlu said.

The prime minister said the air routes would be signs of "brotherhood".

"We are about to launch flights for our Kurdish and Turkish brothers out of Diyarbakir, which will make Diyarbakir the center of the region as well as a symbol of brotherhood," he said.