Celebrities to be recruited to promote Turkey as travel destination 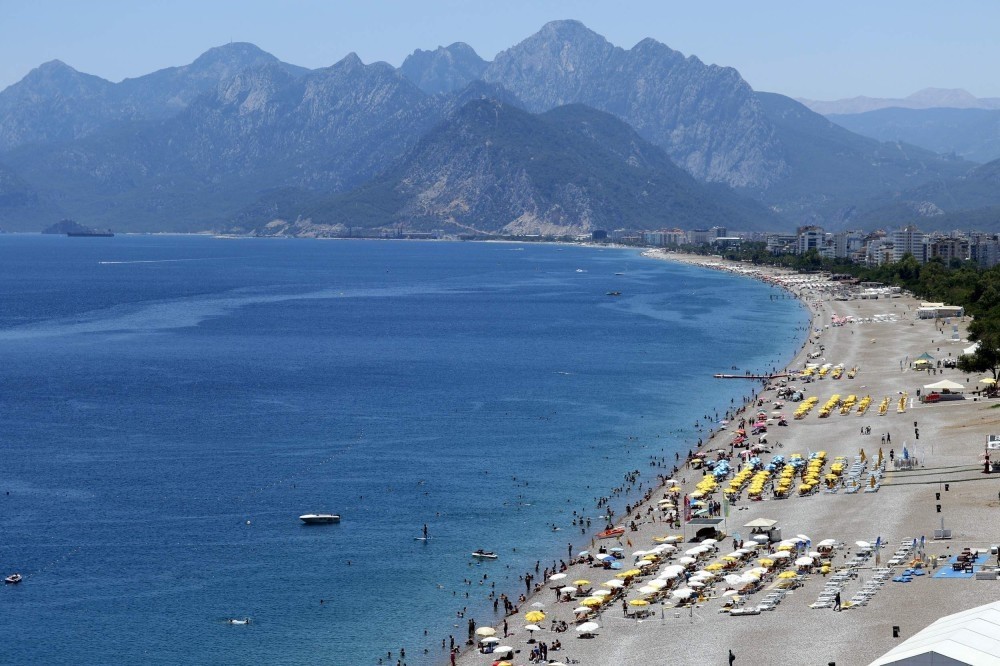 by Ahmet Topal Jun 22, 2016 12:00 am
The tourism sector has prepared a report to promote Turkey and repair the damage caused by terrorist attacks on the tourism market. Demanding Prime Minister Binali Yıldırım support promotion activities, sector representatives said: "Marketing works should be conducted with world-famous figures. New projects should be carried out for the promotion of historical and touristic places. Turks living abroad should be sent invitations to spend their holidays in Turkey."

To promote the message that Turkey is safe, the sector is promoting a project similar to Belgium's "Call Brussels" project. Suffering compared to the previous years due to the response to terrorist attacks and tension with Russia, the tourism sector is hoping the state will act in support.

Speaking to Prime Minister Binali Yıldırım last week, the Association of Turkish Travel Agencies (TÜRSAB) made some demands regarding the promotion of Turkey as a tourist destination, as well as aid to the tourism sector. Four points drew particular attention in the report submitted to Prime Minister Yıldırım.

While asking for a drastic increase in Culture and Tourism Agency's promotion budget, TÜRSAB demanded the launch of a marketing campaign in collaboration with institutions in the sector. They asked for well-known figures to be used in these promotions and campaigns in order to strengthen the public image of Turkey.

The report stresses countries from which tourists have an interest in Turkey, including Germany, Iran, China, India, Pakistan, South America, Middle East, Far East, the Asian- Pacific Region and Scandinavian countries. They wanted to boost the markets in these countries by organizing market-based roadshows and workshops along with promotional activities regarding safety in Turkey.

In order to overcome the negative effects of the terrorist attacks on the tourism sector, project developments were demanded to promote the cultural and touristic spots of Turkey. This demand aiming to revive the long-lost markets and tourists gave Brussels as an example. The report recalled Brussel's "Call Brussels" marketing project, conducted and by Belgium in the aftermath of the bombings at Brussels Airport.

Tourism representatives asked for small and middle scale enterprises to benefit from the tourism sector's elixir of life, state financing. The report indicates that promotion and marketing activities should be supported, and travel agencies should benefit from this support.
RELATED TOPICS