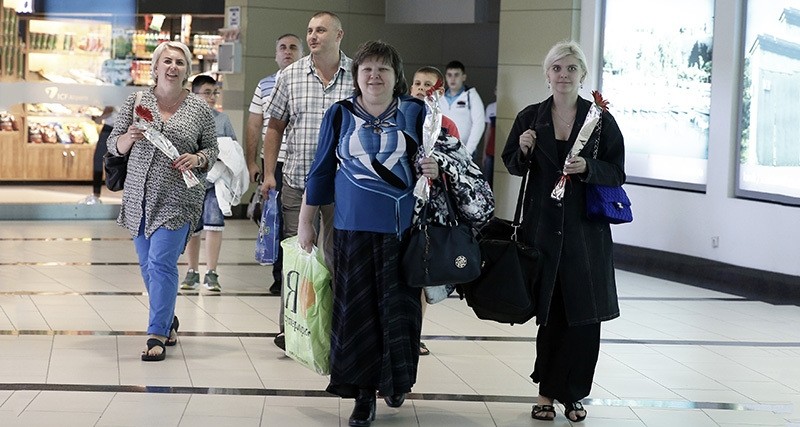 The first Russian charter flight carrying tourists to Turkey since the relations worsened with the downing of the Russian jet eight months ago, landed on Saturday in Turkey's southwestern province of Antalya.

The Kremlin had previously banned the sale of tour packages and charter flights to Turkey – as well as the importing of certain Turkish goods – after a Russian military jet was downed by a Turkish F-16 over the Turkish-Syrian border on Nov. 24 for repeatedly violating Turkish airspace.