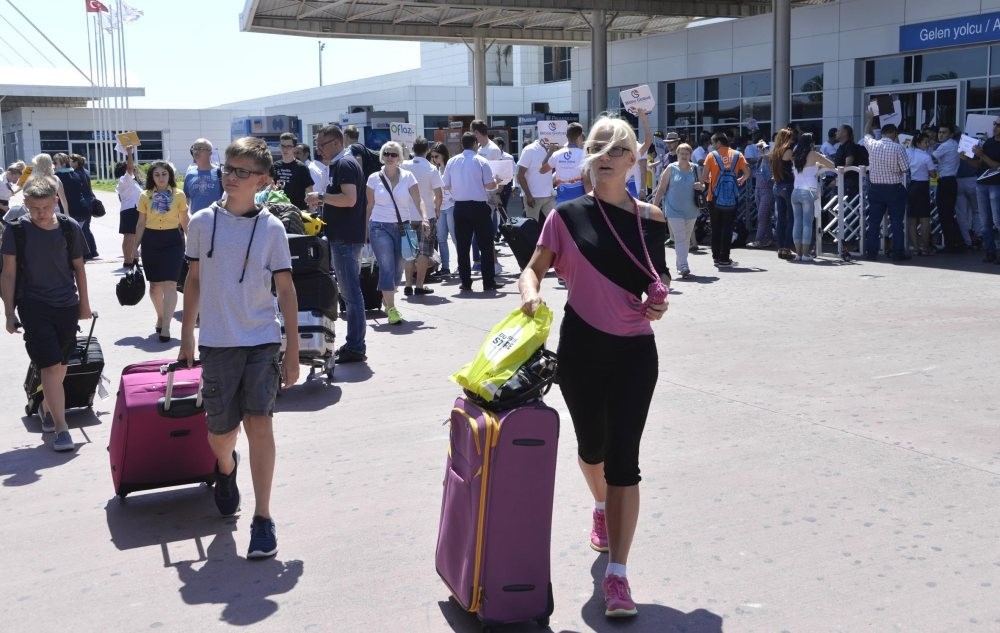 by Daily Sabah Jul 15, 2016 12:00 am
Russia's Transport Ministry has sent an official decree draft concerning the lifting of sanctions previously imposed on charter flights to Turkey to the relevant authorities, as a result of the normalization of relations between the two countries.

According to reports by Gazetem, a Turkish-language newspaper published in Russia, the document was sent to the authorities who are responsible for the execution of the decision. At the beginning of the week Russian Transport Minister Maxim Sokolov said that air traffic between his country and Turkey would restart, without giving a precise date.

The ban on tourism operators, meanwhile, was lifted on June 30 at the order of Russian President Vladimir Putin. Tour operators resumed their operations on July 1 and started their tour sales to Turkey with scheduled flights.

Relations between Russia and Turkey were frozen in November 2015 after Turkish jets downed a Russian Su-24 bomber near the Syrian border for violating Turkish airspace. Following this, Russia took harsh steps, imposing economic sanctions on Turkey, including a ban on tour packages.

President Recep Tayyip Erdoğan sent a letter to Russian Putin to celebrate Russia Day, the national holiday of the Russian Federation. The letter was considered to be an important step toward normalizing the broken ties between the two countries. Following this, in late June, Putin signed a decree lifting restrictions on Russian tour firms working in Turkey, as well as eliminating other sanctions. Russian Prime Minister Dmitry Medvedev had announced Russia will remove the economic sanctions against Turkey "on a gradual basis."
RELATED TOPICS