European tourists regain trust for Turkey upon return of Russians 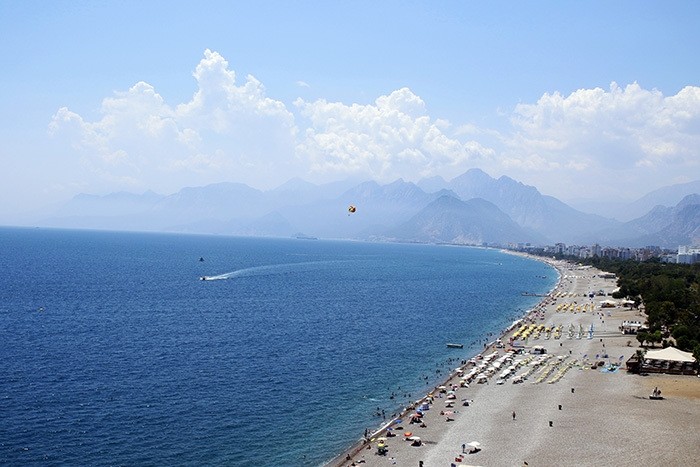 European tourists will regain trust in Turkish tourism market, as Russian tourists return to Turkey, according to Thomas Bösl, the chairman of a leading travel agency chain in Germany and other European countries.

As the process of normalization started in June between Moscow and Ankara has gained speed with President Recep Tayyip Erdoğan's visit this week to St. Petersburg to meet with Russian President Vladimir Putin, Russian tourists have favored Turkey as a holiday destination because of the appeal of warm beaches for people from cold countries, especially during the summer. Russian officials have visited Turkey to make sure that if the country is safe for Russian tourists, and they reported that Turkey is safe for those seeking for cheap and high-quality vacations, despite terror attacks and the July 15 coup attempt.

Russia's return to the Turkish market created a perception that Turkey is secure, according to Raiffeisen-Tours (RTK) Group president Bösl, who pointed out that this will accelerate their sales.

Bösl arrived to Turkey on Wednesday at the invitation of the Association of Turkish Travel Agencies (TÜRSAB), and held a press conference together with TÜRSAB Board Members. Bösl underlined that European tourists preferred the quality of services in Turkey. He said that especially for hotels, the service quality of Spanish, Greek and Italian hotels cannot be compared to Turkish hotels.

Work to be accelerated

Bösl stressed that in 2017 they would accelerate their advertising targeting Turkey. He added that Turkey should use news channels and travel agencies to show Europe that everything is functioning well. He said that not just tour operators but the Turkish government should provide support to travel agencies making sales, through communicating with customers directly. He said that Turkey is the only country in the world which does not collaborate with travel agencies.

Expressing that 2017 will be a golden year, TÜRSAB Chairman Başaran Ulusoy said that the chairman of the International Federation of Travel Agencies Association will pay a visit to Turkey next week.