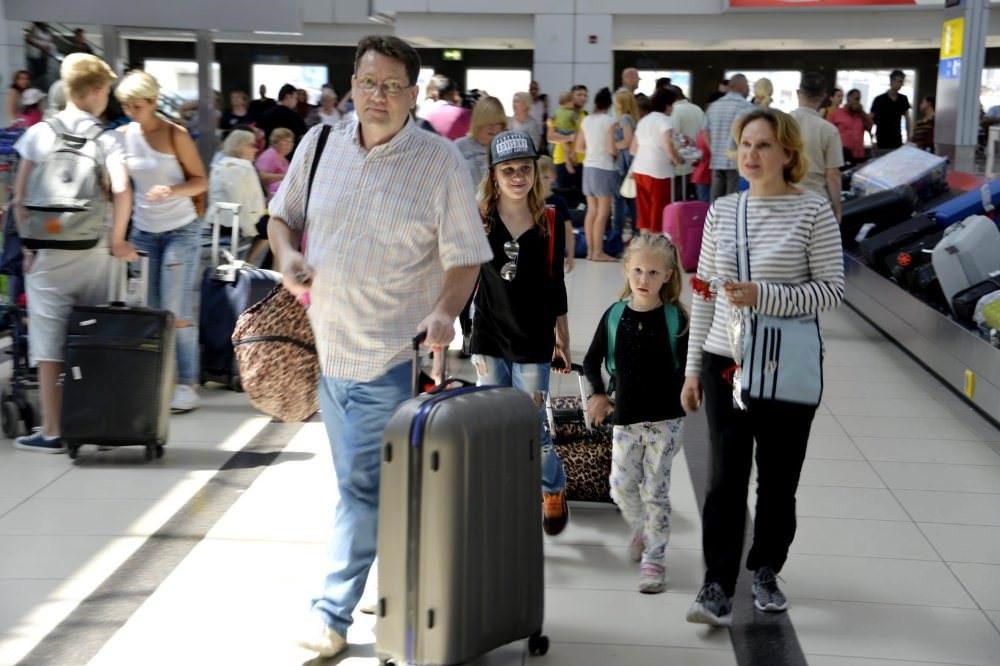 by Daily Sabah with DHA Sep 12, 2016 12:00 am
Occupancy rates on charter flights from Russia to Turkey have reached 100 percent since the first flight took off a week ago.

In a statement to the media, Association of Tour Operators of Russia (ATOR) President Dmitry Gorin said that despite the limited number of flights, tickets sold fast and plane occupancy rates reached 100 percent.

Domodedovo Airport's press service announced that 2,140 passengers flew to Turkey in just three days from Sept. 5 to Sept. 8, stressing that the planes took off with 100 percent occupancy. The airport is one of Moscow's biggest airports for charter flights.

Meanwhile, Turkish Airlines (THY) has increased the number of daily flights to Moscow to 11, making the Russian capital, on a daily basis, its most-flown to international destination. Turning the crisis between Ankara and Moscow into an advantage, the airline set a new record by increasing the number of daily flights from Ankara, Antalya and Istanbul to Moscow to 11.

Turning the delay in the charter flight permits into an opportunity, THY compensated for its passenger loss during the crisis between Turkey and Russia in a short period of time, using a positive and efficient strategy.

THY swiftly went to work in Antalya and increased the number of its daily flights to Moscow to six. Pleased with the current flight traffic, officials from Vnukovo Airport said that with the additional flight demand from Turkish Airlines, the total number of daily flights to Moscow will soon go up to seven between the two cities. Arranging mutual flights from 10 Russian cities to Turkey, THY flies to St. Petersburg, Kazan, Ufa, Yekaterinburg, Stavropol, Astrakhan, Sochi, Rostov and Novosibirsk in addition to Moscow.

The Russian government imposed a travel ban on its citizens after Turkey downed a Russian jet that violating its airspace near the Syrian border. The ban was lifted in June after a normalization process started between the countries.
RELATED TOPICS