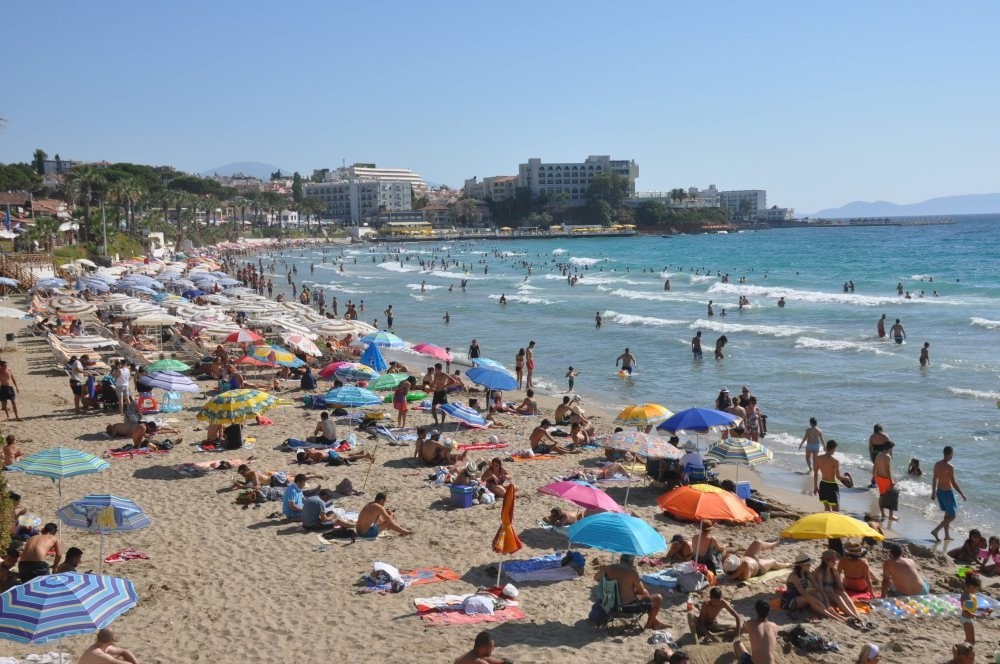 Speaking to Russian media, deputy economy minister said they expected Turkey to recapture the title of most preferred vacation spot among Russians in terms of both tourism service sales and demand for those services in September.
by Daily Sabah Oct 03, 2016 12:00 am

Turkey has recaptured its title as one of the most preferred vacation spots despite the failed coup attempt on July 15. Russian Deputy Economy Minister Lihachev recently said Turkey is the most liked place for Russian tourists

Following the July 15 failed coup attempt realized by the Gülenist Terror Group (FETÖ), the Turkish tourism sector did not lose momentum, growing and recovering its losses from the jet downing crisis with Russia last year and the low global demand for tourism services due to a general global economic slowdown.

Speaking to TASS news agency, Deputy Economy Minister Aleksey Lihachev said that they expected Turkey to recapture the title of most preferred vacation spot among Russians in September.

Despite the fact that Lihachev indicated that the official data had not yet been released, he underlined that Turkey can already be said to have recaptured its number one rank in terms of both tourism service sales and demand for those services in September.

In addition, in response to a question regarding whether Turkey managed to pass Thailand, which was the preferred vacation spot for Russians in the first half of the year, Lihachev expressed that Turkey left behind all of its rivals.

Meanwhile, it had already been expected that with the resumption of charter flights from Russia to Turkey, Turkey would become one of the most popular vacation spots again even before the first charter flight to Turkey was realized on Sept. 2.

Russia's travel ban caused Turkey's tourism industry to lose what some estimate to be billions of dollars. The number of Russian tourists travelling to Turkey dropped by more than 90 percent compared to one year earlier. In early August, President Recep Tayyip Erdoğan met with his Russian counterpart Vladimir Putin in St. Petersburg to mend relations between the two countries, which lead to an agreement being reached for the resuming of charter flights between the countries.

Previously in August, Turkish Hoteliers' Federation (TÜROFED) President Osman Ayık said that between 300,000 and 500,000 Russian tourists would visit Turkey annually once the resumption of charter flights is achieved. Pointing out that these numbers cannot be evaluated until an eight-to-nine month period has past, Ayık said approximately 350,000 Russian tourists have come to Turkey by charter flights by August, adding that this number could reach 800,000 by the end of the year.

Relations between Russia and Turkey were previously frozen in November 2015 after Turkish jets downed a Russian Su-24 bomber near the Syrian border for violating Turkish airspace. Russia took harsh steps in the wake of this, imposing economic sanctions on Turkey, including a ban on tour packages and charter flights to Turkey.

President Erdoğan sent a letter to Putin to celebrate Russia Day, the national holiday of the Russian Federation. The letter was considered to be an important step towards normalization of ties between the two countries. Then, in late June, Putin signed a decree lifting restrictions on Russian tour firms working in Turkey, also eliminating other sanctions that had been put in place after the Russian jet crisis. Moreover, Erdoğan brought up the issue of the resumption of charter flights to Turkey during the meeting he held with Putin in St. Petersburg on Aug. 9.
RELATED TOPICS