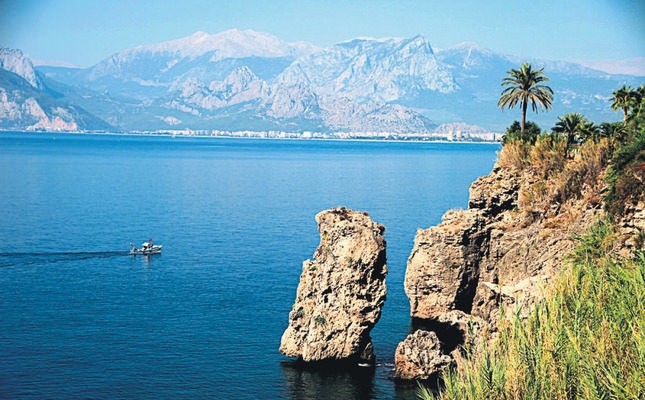 by Talat Öztuzsuz Oct 17, 2016 12:00 am
Leaving behind a year in which many bad things occurred, the tourism sector is hopeful for 2017. Russia lifting its ban on chartered flights to Turkey, following the normalization process between Ankara and Moscow, is the main reason behind this hope.

Antalya has left a tough season behind following the jet crisis with Russia and the July 15 failed coup attempt, occurred in the middle of the season. Described as a fragile sector, tourism, which this year survived all the bad scenarios that could be possibly experienced at once, saw a nearly 45 percent decrease in the number of tourists.

The tourism sector has survived due to stimulus packages announced by the government. Also, an intensive movement of domestic tourists in Ramadan and Eid, corresponding to the middle of the season, allowed the tourism sector to take a breath in tough times. With improved relations between Russia and Turkey, expectations for the tourism sector in 2017 are positive.

Association of the Mediterranean Tourism (AKTOB) Chairman Yusuf Hacısüleyman, pointed to major losses in 2016 after Russia banned travel to Turkey after Turkey downed a Russian jet that violating its airspace near the Syrian border on Nov.24, 2015. He said that due to lifting the ban, 2017 would be much better than 2016 for the tourism sector. Professional Hotel Managers Association (POYD) Chairman Ali Kızıldağ, indicating that in 2017 they could again accommodate around 3 million Russian tourists, said that recovery would begin for Antalya's tourism sector.
RELATED TOPICS