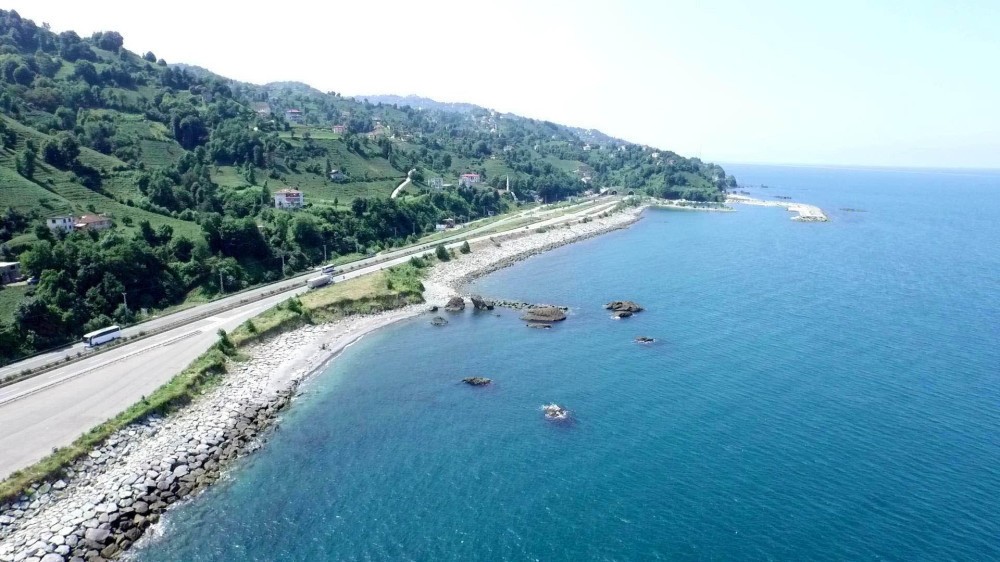 by Daily Sabah with Wires Oct 18, 2016 12:00 am
Transport, Maritime Affairs and Communications Minister Ahmet Arslan announced that the tender for the construction of the Artvin-Rize Airport will be held on Nov. 2. The Artvin-Rize Airport, which will be Turkey's second airport to be erected on an artificial island after the Ordu-Giresun Airport, will be built on a reclaimed plot of land in the Pazar province located between the Black Sea region's coastal cities of Rize and Artvin.

Following his visit to the Pazar province for initial examinations, Arslan said that the construction phase will be completed in four years. The minister emphasized that as tourism opportunities specific to the region continue to grow, the needs of the people in the region will also increase, making the airport crucial for both the economic welfare of the locals there and for the region's tourism industry. The airport, which will have both domestic and international flights, will have a 3,000-meter-long and 45-meter-wide runway along with connection roads, which will run parallel with the Black Sea coastline, a 260-meter-long and 24-meter-wide taxiway, and a 300-meter-long and 120-meter-wide apron. The airport, which will be Turkey's 56th, will serve 2 million passengers a year.

Construction work will require a total of 88.5 tons of backfilling materials, including 15 million tons of stones. The Artvin-Rize Airport will be also the first of its kind, to be constructed at the greatest depth of 22 meters.

Referring to the fact that the Ordu-Giresun Airport was constructed in just over three years, Arslan said that this airport, on the other hand, is expected to be completed in four years, as its foundations will require more backfilling. He added, "We want to complete it and put it into service as soon as possible. We will make efforts to shorten the determined period of construction."