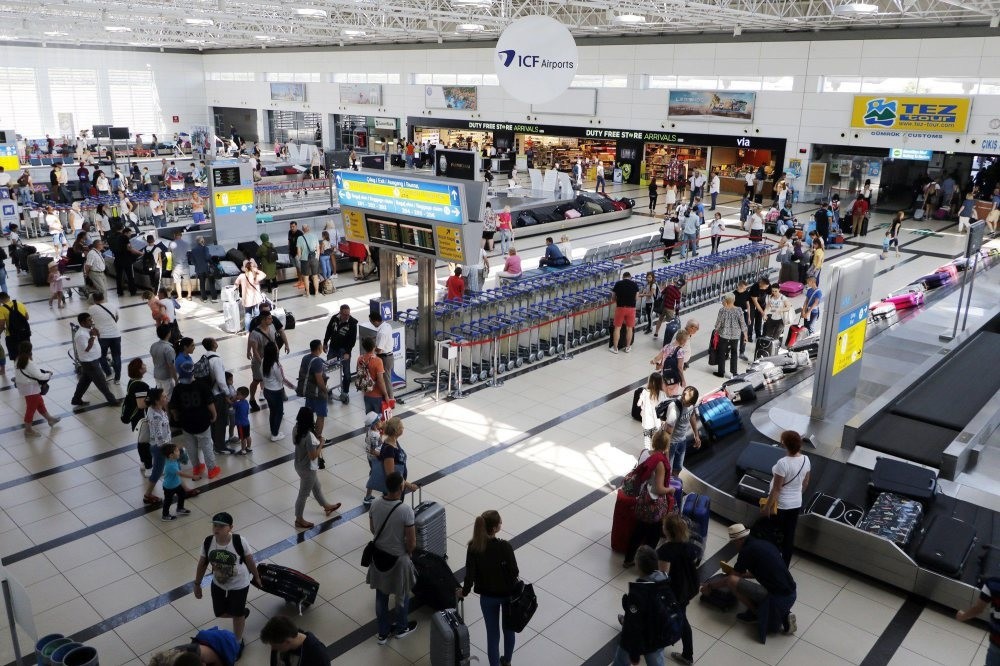 by Daily Sabah Oct 22, 2016 12:00 am
The validity of the Culture and Tourism Ministry's decision to provide $6,000 in financial assistance to A group travel agencies for each charter flight carrying tourists to Turkey via scheduled and non-scheduled flights has been extended until the end of the year. This decision was published in the Official Gazette.

Accordingly, the earlier application amendment extending to Aug. 31 has been extended to the end of the year.

The tourism sector faced a downward trend in the number of tourists visiting after the Russian military jet downing crisis last November and several terrorist attacks in the country. As such, the government continues to take certain measures, such as providing financial support for flights, to support the sector to minimize the effects of the crisis.

Described as a fragile sector, tourism, which this year survived nearly every negative event that could be possibly experienced at once, saw a nearly 45 percent decrease in the number of tourists.

Relations between Russia and Turkey were frozen in November 2015 after Turkish jets downed a Russian Su-24 bomber near the Syrian border for violating Turkish airspace. In June, following the beginning of a normalization process between Moscow and Ankara, Russian President Vladimir Putin ordered the removal of restrictions on travel, including a ban on tour packages. Russia's travel ban caused Turkey's tourism industry to lose what some estimate to be billions of dollars. The number of Russian tourists travelling to Turkey dropped by more than 90 percent compared to one year earlier.

However, leaving behind a year in which many bad things occurred, the tourism sector is hopeful for 2017. Russia lifting its ban on chartered flights to Turkey, following the normalization process, is the main reason for this hope.
RELATED TOPICS