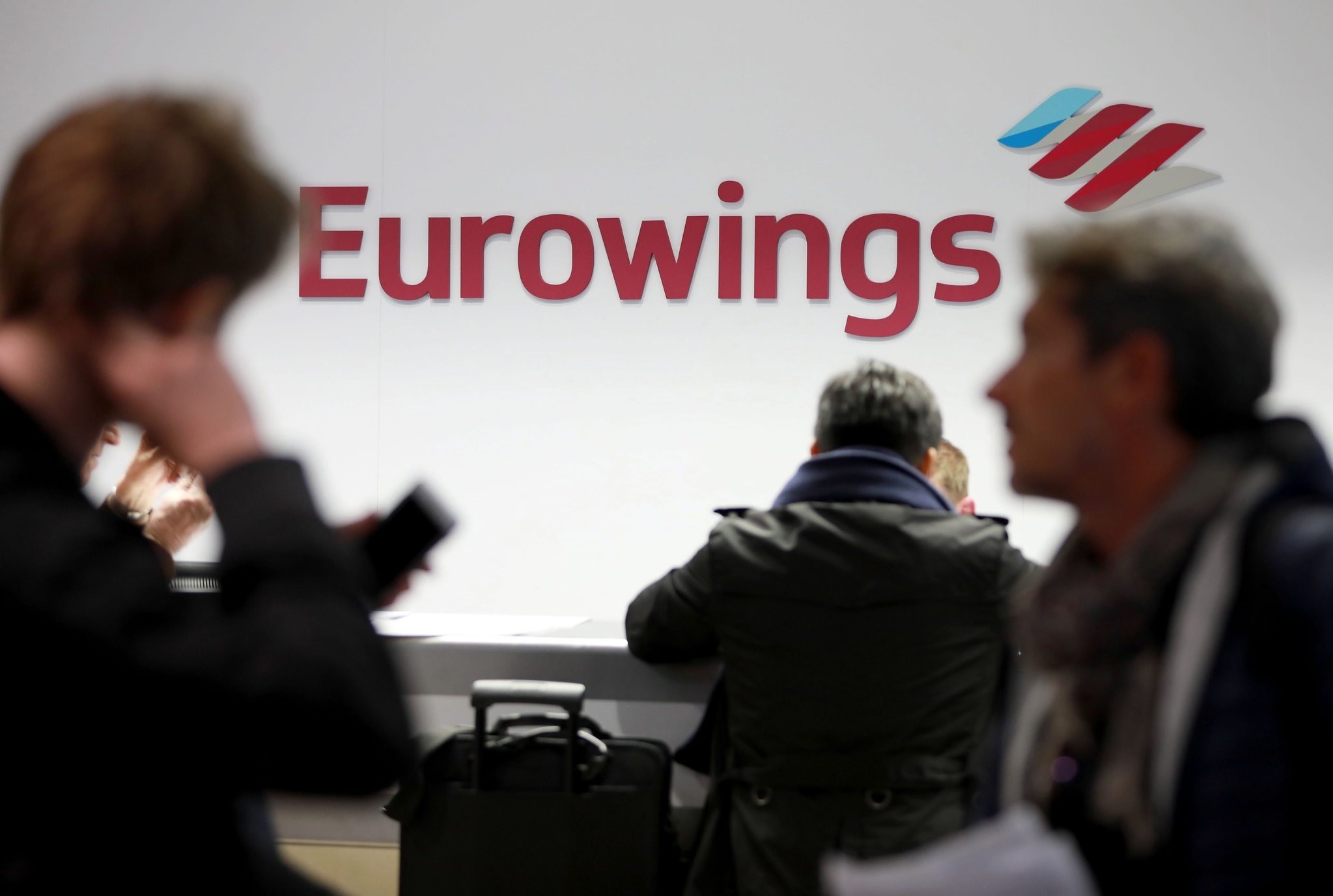 Cabin crew at Lufthansa's budget airlines Germanwings andEurowings will stage a 24-hour strike on Thursday in a dispute over pay and working conditions, the UFO labour union said on Wednesday.

"We regret that this escalation is necessary. But negotiations reached a point at which there is no alternative to a strike," UFO board member Nicoley Baublies said in a statement.

Lufthansa, which is using regional carriers Eurowings and Germanwings to expand its low-cost operations, urged UFO to return to the negotiating table.

"A call to strike because of a disagreement over temporary contracts is incomprehensible and absurd," Lufthansa spokesman Martin Leutke said in a statement.

Germanwings has had a good track record reaching consensus over short-term contract disagreements with cabin crew, Lufthansa said, so the move by unions to escalate the dispute on Wednesday should be seen as a "tactical move", it said.

The strike at Germanwings will affect flights at German airports including Duesseldorf, Cologne and Dortmund, while the walkout at Eurowings will hit Duesseldorf and Hamburg, according to UFO.

Union UFO has been trying to agree new contracts for Eurowings staff in Germany for two years and has been threatening industrial action for weeks.

But the walkout at Germanwings, where the union is seeking an agreement on part-time work for cabin crew, comes as a surprise. It is also potentially more damaging, as Germanwings' fleet of around 60 aircraft dwarfs Eurowings' 23 aircraft in Germany.

UFO said earlier it had offered at 3 am (0100 GMT) on Wednesday morning to take the dispute with Eurowings to mediation to avert industrial action, but management had failed to make a decision on the matter by later that morning.

"We have to assume that this is a stalling tactic and therefore we cannot avoid calling for industrial action for tomorrow," UFO's deputy chairwoman Sylvia De la Cruz said.

Eurowings, which put forward a new offer last week that includes an average pay increase of around 7 percent, said it had asked that the talks be adjourned to give it time to review the union's new mediation offer.

"We find the call for a strike completely incomprehensible. We remain ready to talk at any time of the day or night," a spokesman for Eurowings said.