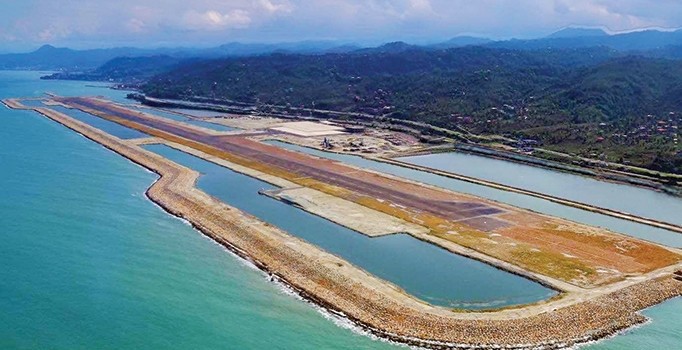 by Daily Sabah Nov 03, 2016 12:00 am
Bids for the Rize-Artvin Airport, Turkey's second airport and the world's third to be constructed on reclaimed land, were held Wednesday at the General Directorate of Infrastructure Investments.

For the airport, which was modeled using Boeing 737-800 type aircraft as references, a runway running on an east-west axis in parallel with the sea will be constructed along with the connection roads on an area of 4,500 meters. Construction work will require a total of 88.5 million tons of backfilling materials, including 25 million tons of stones. An average of 17 meters deep reclaimed island will be constructed reaching down to 22 meters at the greatest depth.
RELATED TOPICS