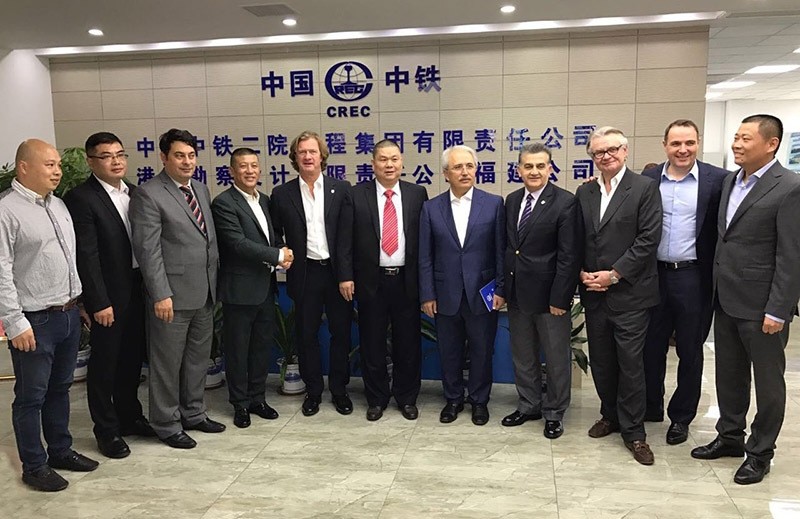 Turkish delegation visiting China for an initial agreement regarding tourism and trade. (IHA Photo)
by daily sabah
Nov 12, 2016 12:00 am

In order to promote trade and tourism relations between Turkey and China, a Turkish delegation of 18 people signed an initial agreement on at least one million Chinese tourists visiting Turkey every year.

The delegation travelled step by step across China and met with governors from different provinces and a number of ministers.

According to the agreement, China promised to send around one million tourists per year to Turkey. Similarly, tourist groups from Turkey will also visit China from time to time.

Gergerlioğlu stated that the first Chinese group will come in the upcoming days, adding that Chinese tourists are very curious about Turkey.

"Chinese tourists will visit thermal springs, historical sites and other regions of Turkey. Given that one tourist spends at least one thousand dollars, the currency that one million tourists will leave in Turkey is quite an important amount. This agreement will further strengthen dialogue and trade relations between the two countries."