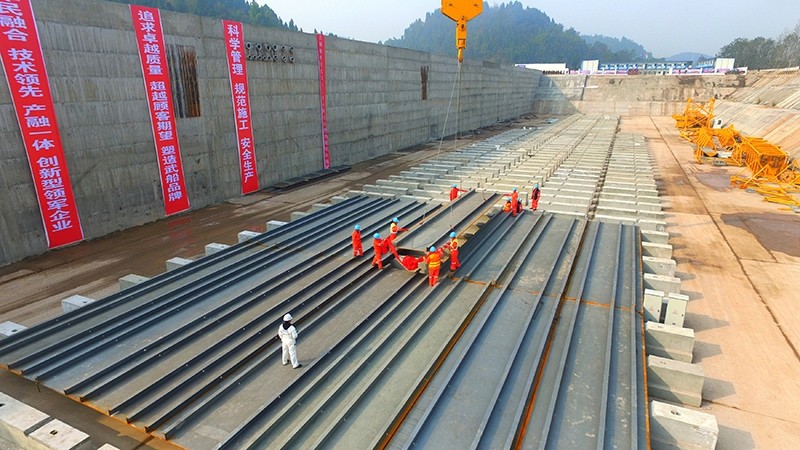 Labourers work at a construction site as a Chinese company holds a keel-laying ceremony of a life-size Titanic replica at a theme park in Daying county, Sichuan province, China, November 30, 2016 (Reuters Photo)
by Dec 02, 2016 12:00 am
Construction has begun on the world's first full-size replica of the Titanic in China, a country that fell in love with the 1997 blockbuster movie about the doomed ocean liner.

Future visitors to the city of Daying in south-west China will be able to climb aboard the 145-million-dollar, 300-metre luxury cruise ship in a reservoir on the Qijiang River and experience a simulated collision with an iceberg and subsequent sinking, the official China Daily reported.

It is not known when the new ship will open, but tickets for a one-night, economy-class berth start at about 435 dollars, China Daily said.

One of the first foreign blockbusters with state-of-the-art special effects to enter China, the James Cameron ouevre swept the nation in 1997. Then-president Jiang Zemin reportedly told politbureau members to go see it.