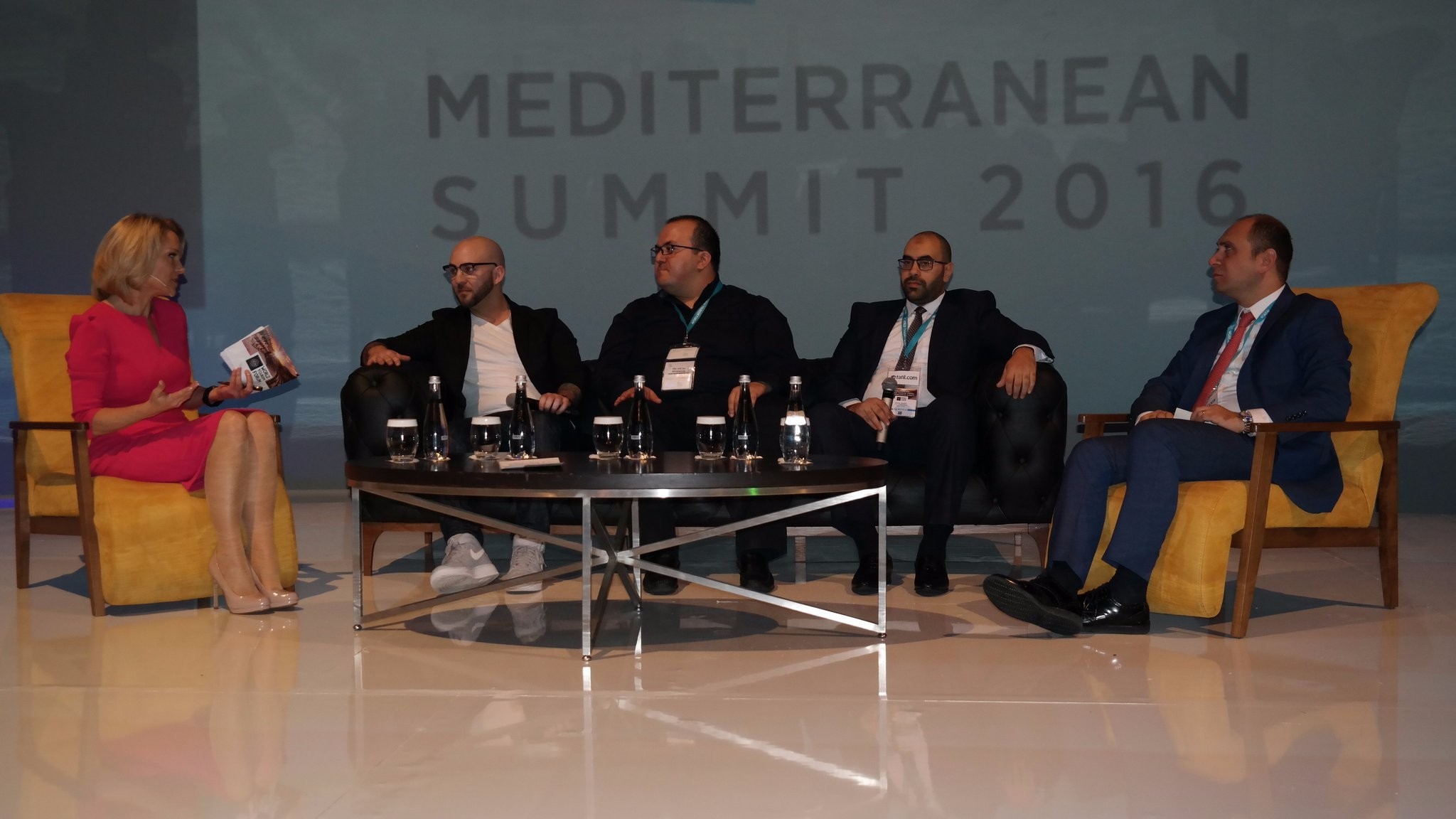 World Tourism Forum Mediterranean Summit 2016 features current and future trends in global tourism like social media and digitization, while hoping for a prosperous and more lucrative future for tourism industry in the year to come

Focusing on the current problems of the tourism sector and its future trends, The World Tourism Forum Mediterranean Summit 2016 was held at the Regnum Carya Golf & Spa Resort in Antalya's Belek district on Saturday. Organized for the second time under the scope of tourism's Davos, the World Tourism Forum, which is set to be held in Istanbul from Feb. 16-18, the Summit 2016 brought together 30 speakers and 750 participants from 15 different countries. Antalya Metropolitan Mayor Menderes Türel, Belek Tourism Investors Union (BETUYAB) President Fikret Özturk, and World Tourism Forum President Bulut Bagci attended the opening ceremony of the summit, which focused on world tourism and ways to shape the sector's future. The event was hosted by the BBC World News' famous anchor and reporter Kasia Madera.

The Mediterranean Summit, organized for the first time last year in order to keep the finger on the pulse of other regions as well as its main event in Istanbul, was held in Antalya this year. At the summit, World Tourism Forum President Bülent Bağcı announced four programs set to take place in major capitals around the globe. The first will be in Moscow on Jan. 19 followed by Istanbul on Feb. 16-18 with the participation of President Erdoğan. Then there will be a program in New York in April and London in September.

Antalya, the destination to discuss tourism

Calling Antalya the right destination for discussions on tourism, BBC News host Kasia Madera said the tourism mobility flowing to the city was incredible. Highlighting the fact that even though tourism does not claim to bring world peace, it can actually make a very important contribution towards the issue, Madera said "people want to see new places in the world and get to know new people."


"Let's end the summer season where we started," that was my latest Instagram post with the hashtags #antalya #feelglobalbelocal #worldtourismforum. I had the chance to start this summer season with the opening of Expo 2016 Antalya in April and now I have ended it with the World Tourism Forum Mediterranean Summit. After sharing my post showing a beautiful view of Antalya with my friends, I attended a session of the forum where I learned that 51 percent of social media users prioritize their holidays as one of top three post types, as they like to share their travel experience, with their friends and relatives.

Another attendee at the summit, Facebook's head of sales Erdem Çelik, speaking at the program revealed that 84 percent of people choose their travel destinations according to where their relatives and friends went before. This percentage makes social media posts more valuable as they help people decide where to go. This can be an opportunity for tourism companies, as they may understand what people are into.

Referring to the forum's motto "Feel Global Be Local," Çelik said it would be important to add this motto as well "be more relevant to the users."
"Try to understand where they are, what they are doing, what they are interested in, try to know who intends to go on a vacation," Çelik said, underlining the audience is there, but it is important to send the messages at the right time. The tourism sector can use social media platforms to advertise, as people now mostly make their decisions online.

Digitization of tourism is a growing trend according to Baher Badr, Head of Marketing of Attar Travel. People like to search for travel destinations online and see other people's experiences. Online reservation services like "booking.com" also helps people learn about others' experiences. These services are expected to expand their share in the tourism industry as people become more into customer-based services instead of traditional tour packages.

Sabbas Joseph, Director of Wizcraft World, one of India's leading communication and entertainment companies, said the wedding industry in India has been operating in more than 30 states.

Saying that each region where weddings are organized has their own language and customs, Joseph said each one is a nation in itself and a mosaic, stressing that India has 33 thousand gods and that everyone there is aware of the importance of religion in India. Stating that wedding tourism is a $ 2.8 billion business in India and that 10 percent of the money is allocated to weddings held at foreign destinations. Joseph said the wedding sector has been growing by two percent each year. "We work in the happiness sector," he said. Regarding Turkey's place in Indian weddings, Joseph said Indians mostly prefer Thailand, Hong Kong and Middle Eastern countries, but Turkey is the rising trend, and Antalya and Istanbul are beautiful cities preferred by Indians, adding that Turks are warm and welcoming.

Saying that a negative event remains in one's mind for 18 months on average, Chairman of Turkish Tourism Investors Association, Murat Ersoy, said, "After one-and-half-years, the negative memories fade away. To phrase it more explicitly, such negative events as terror attacks and July 15will get erased off the memory of people, travelling in the global market after one and a half years. In other words, we will observe an improvement that will ensure a repeat of 2015 tourism figures for Turkey by the end of June 2018, unless another adverse event breaks out. He said, "The VAT imposed on the tourism industry is eight percent and reducing VAT to four percent only for 2017 and 2018 will provide a remarkable boost for the sector and will encourage investors to keep tourism facilities open."

Global leaders of the sector to meet in Istanbul

The 3rd World Tourism Forum Global Meeting will be held in Istanbul from Feb. 16-18, 2017, where the movers and shakers of the world tourism will discuss the future of tourism sector. The event will bring together a large number of sector managers, investors and political authorities from various countries.

The three-day summit will focus on online tourism, the impact of politics on the tourism sector, new trends in the sector, the contribution of international sports organizations to tourism as well as congress, health and shopping tourism.

World Tourism Forum Chairman Bulut Bağcı emphasized that the event has unified the leaders who have been guiding world tourism via a single platform since 2014.

According to Bağcı, the event is a global and multi-regional regional forum that hosted three successful meetings in three successive years, with two of them being in Istanbul and one in Antalya so far. It has gained recognition from industry leaders from around the world as it creates a platform where the sector's leaders from around the world can discuss their tourism strategies. It highlights the philosophy of building bridges between tourism leaders.
Underlining that tourism has had an undeniable impact on global peace as an element bringing together cultures and nations, Bağcı stated it is possible to exist in a global world by increasing the volume of tourism cooperation between countries.