Ancient city of Troy to be revived in new museum project 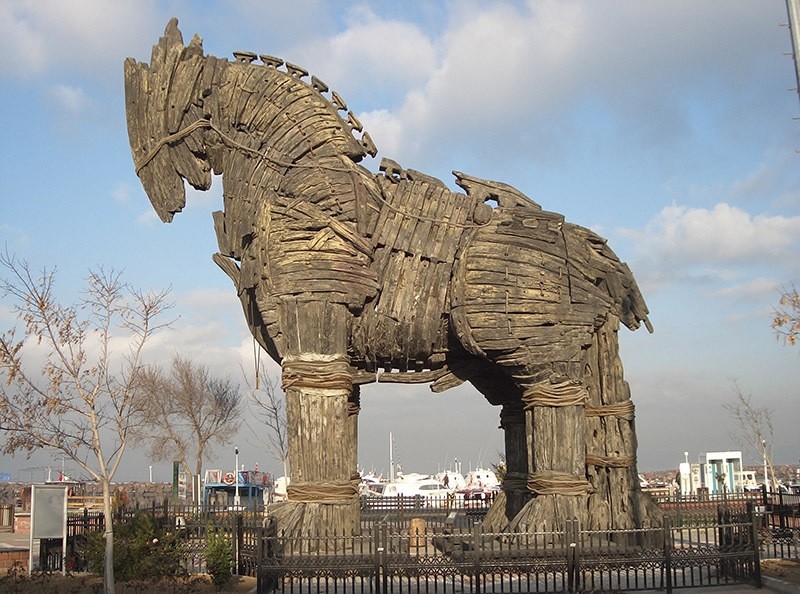 The construction of the museum aiming to revive the ancient city of Troy, next to its relics in the western province of Çanakkale, has entered its final stage.

The building of the complex started in 2014.

Justice and Development Party (AK Party) group deputy chairman Bülent Turan, who is overviewing the Project, said the museum will combine modern architecture and ancient architecture in one; the designs on the exterior of the museum will reflect the architectural grandeur of the classical antiquity.

''Troy is a world-renowned historical site which was listed as world heritage by UNESCO back in 1998, and considering the transportation infrastructure of Çanakkale, the museum will attract many visitors,'' Turan added.

The ancient city of Troy is believed to have been built 3,000 BC, and is known worldwide for the Trojan war referred to in the Greek mythology.

A 2004 Hollywood movie, produced by Wolfgang Petersen and starring Brad Pitt, was named after the city that also sparked great interest for the historical city.