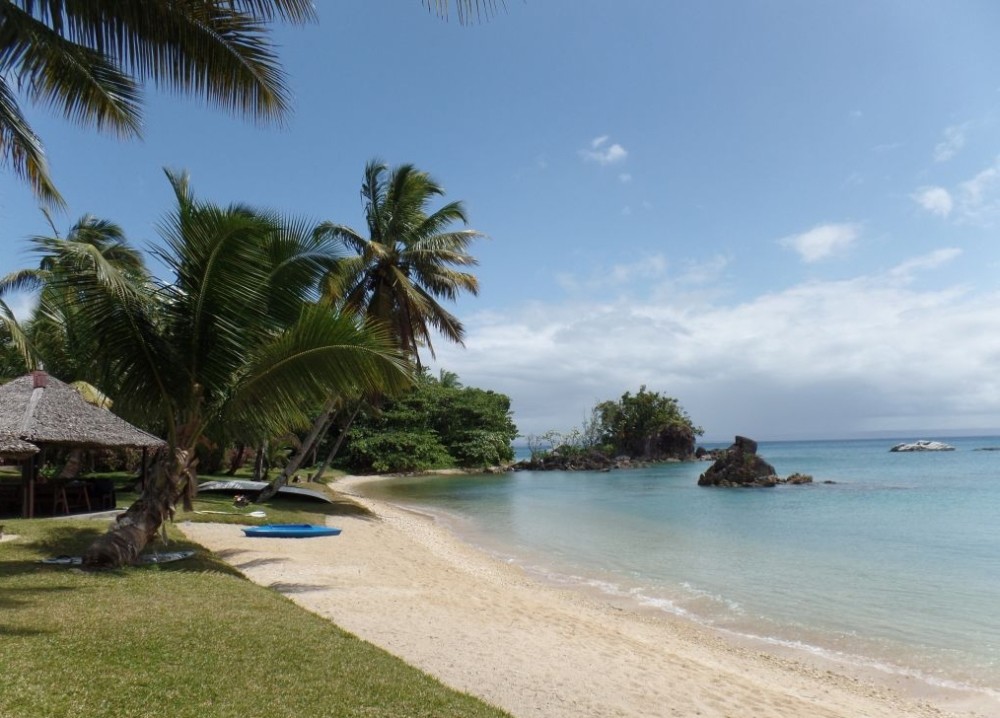 by Elif Binici Erşen Jan 24, 2017 12:00 am
With an area of approximately 587,041 square kilometers and 5,500 square kilometers of coastline, Madagascar, the fourth largest island on the world, stands out with its protected biodiversity and beaches, which are also the catalyst for tourism activities in the country. Despite vast investment opportunities in ecotourism and wildlife tourism, growth and development in the Madagascar's tourism industry have remained relatively limited to date, mostly due to the underdeveloped infrastructure and accommodation facilities. Unlike Mauritius, located in the east of Madagascar, and Seychelles, located north east of the island, which have well developed tourism industries Madagascar's potential for tourism remains mostly untapped.

Talking to Daily Sabah, Foreign Economic Relations Board's (DEİK) Turkey-Madagascar Business Council Chairman Yalçın Kıroğlu explained how Madagascar can be a tourism heaven, with its natural beauties unique to the island and undiscovered bays. "Madagascar needs facilities and infrastructure to be constructed along its coastline and virgin bays. Recently, the island has become an attraction for European tourists. The experience of Turkish investors in tourism sector offers lucrative investment opportunities for accommodation and other tourism facilities in the country," he said.

The tourism sector is not the only opportunity the land of vanilla bears, it also offers investment opportunities in infrastructure, energy, mining, manufacture and construction. With its population of 24 million and an annual growth of 4.5 percent in 2016, Madagascar offers Turkish investors with many opportunities in these sectors. The country has already secured some direct foreign investments from developed and developing countries including Canada, China and France.

The chairman of the Turkey-Madagascar Business Council said that Turkish investors have only recently started to enter Madagascar. "An energy firm has a power plant project which will generate 120 megawatts of electricity from fuel oil. It is planned to enter service by the end of this year," Kıroğlu said. He added that MADATURK, a firm that sells beauty products, and MARS International Trading SARL, operating in renewable energy and foreign trade are Turkish firms currently present in Madagascar.

Furthermore, given Turkish Airlines has been flying to Antananarivo, the capital of Madagascar, five times a week since Dec. 15, 2015, the ties between Turkey and Madagascar promises a brighter future based on collaboration.

The volume of Turkey's bilateral trade with Madagascar reached some $60 million in 2015, of which $54 million was composed of Turkish exports, according to the Ministry of Economy. Some of the export items included cereals, iron, steel, electronic devices, transportation vehicles and various manufactured goods. On the other hand, primary imported goods from Madagascar contained vegetables, spices, leather, non-material minerals, and textile goods.

Despite a significant amount of renewable energy resources in the country, Madagascar is unable properly utilize them. The tropical nature of the climate there provides opportunities for harnessing solar energy, as it receives 2800 hours of sun per year, which could be transformed into 2000 kilowatt energy per square meter. Moreover, underground temperature there can reach up to 2500 degrees Celsius in eight different regions of the island, constituting powerful geothermal energy potential.

Having a $10.75 billion GDP in 2015, according to the World Bank, the country aims to accelerate growth through its openness to investment in infrastructure particularly for building roads, sewage, and bridges and waste treatment facilities. Furthermore, given the fact that only 14 percent of the country has access to electricity, it calls for investors to develop energy infrastructure.

The country has maintained political stability since 2009 and the low level of crime provides a positive environment for foreign investment. Kıroğlu highlighted the implementation of contemporary and internationally-acknowledged principles will create positive impact on foreign investments in Madagascar. He revealed, however, that borrowing limits were the biggest barrier, hindering investments there.

"Because of the borrowing limit, the state can barely guarantee investments, which causes investors to manage their own risks without any state guarantee and leads to limited options for investment financing," he says.

Despite the drawbacks, Madagascar's promising investment environment is sure to provide foreign investors various opportunities. For instance, foreign investors there hold the same rights as local investors and are guaranteed against nationalization and/or confiscation.

Furthermore, foreign investors can establish firms with 100 percent foreign capital and they can also freely transfer foreign currency. The investments in free trade regions are exempted from corporate taxes as well as from income tax for a period of 15 years.

Madagascar, the land where one cannot escape the smell of vanilla during its season from June through September, promises to be an investment heaven with a wide variety of opportunities for Turkish investors.
Last Update: Jan 24, 2017 10:27 am
RELATED TOPICS