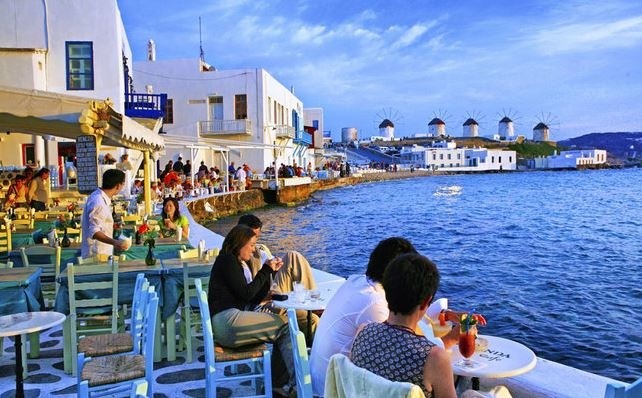 Greek authorities have made a one year extension for the special visa agreement between Turkey and Greece applicable to seven Greek islands which was abolished February on the grounds that the arrangement overruled the Schengen Visa Agreement.

''Finally, our efforts have been fruitful, EU Commissioner Dimitris Avramopoulos told the mayors of the islands in question that the special visa agreement with Turks will be reinstituted,'' Greece's Alternate Minister of Foreign Affairs Georgios Katrougalos said.

Under the special agreement, which came into effect three years ago, Turkish tourists wishing to visit the Aegean Greek islands of Chios, Lesbos, Samos, Symi, Rhodes, Kos and Kastellorizo could get their visa upon arrival to the islands without needing to take prior steps.

The special Schengen visas permit Turks to stay on the islands for between one and three days.

Upon the abolishment of the special visas for Turks, Greek business owners and local leaders on the islands said that dip in tourism could result in disaster for the local economy which took a major hit not only from the sluggish Greek economy but also the influx of refugees to the islands over the previous months.

''The European Commission is due to transmit its official answer over to Athens in the coming days, so the visa agreement for Turks will be reinstituted for at least one more year,'' Katrougalos noted.

Debt-ridden Greece, which was severely hit by the 2008 global financial crisis, has coped with serious economic issues over the past years. Tourism remains one of the main income sources for the southern European nation.

The seven Greek islands concerned by the visa regime have been especially burdened economically following the influx of refugees, and by overall decreasing tourism revenues.

Turkish tourists account for roughly half of all tourists visiting the islands of Chios, Lesbos, Samos, Symi, Rhodes, Kos and Kastellorizo.