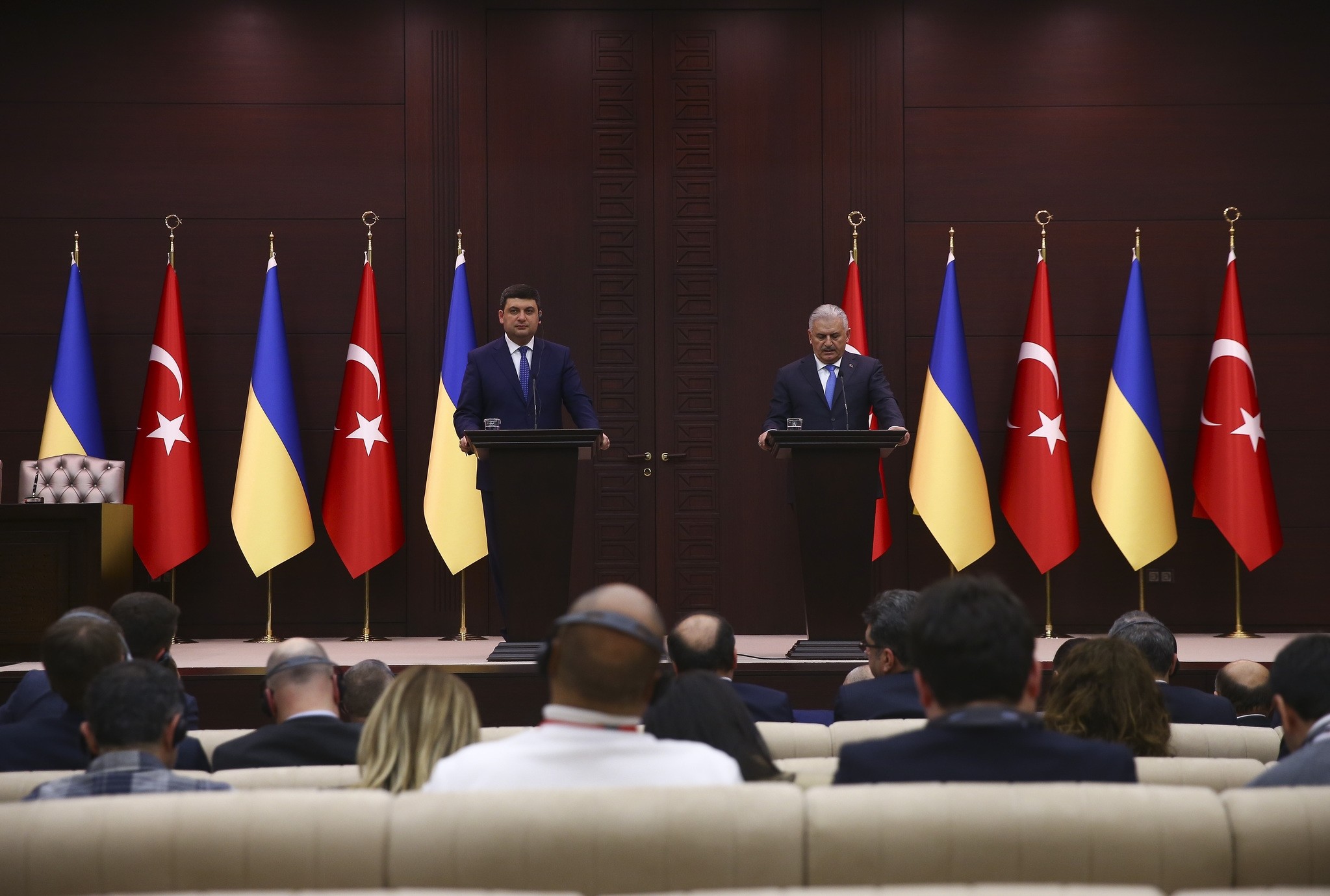 Turkish Prime Minister Binali Yldırım and his Ukrainian counterpart Volodymyr Groysman agreed Tuesday to allow their citizens to travel to each other's countries without passports.

"I believe that with the signed agreement, tourism, economy activities and mutual investment between Ukraine and Turkey will improve faster," Yıldırım said at a news conference with Groysman in the Turkish capital, Ankara.

The two countries signed agreements in travel and education.

Yıldırım said the agreement would enable citizens of Turkey and Ukraine to travel to each other's countries with their national identities.

"Thus, it will be a serious beginning on the path to achieving the targeted $20 billion trade volume," he added.

He said Groysman's first official visit to Turkey also coincided with the 25th anniversary of diplomatic relations between Turkey and Ukraine.

Groysman said the agreement was an "extremely important" step. "Thanks to this, we know mutual travel will increase," he added.

The Ukrainian premier said that over one million Ukrainian tourists visited Turkey every year.

Groysman also commented on the bilateral economic relations, saying the countries had a mutual trade volume of $3.1 billion in 2016.

"Our target of $20 billion of trade volume is not that far, if we work systematically," he added.

Turning to Crimea, Yıldırım reiterated Turkey's support for Ukraine's sovereignty, and its territorial integrity, including Crimea.

He said Crimean Tatars created a "special bridge of friendship" between Ukraine and Turkey, adding Ankara would continue to work "closely" with Kiev to eliminate Crimean Tatars' problems that emerged following the Russian annexation of the peninsula.

Ukraine has been wracked by conflict since March 2014 following Russia's annexation of Crimea after an illegal independence vote. This followed violent anti-government protests which led to the overthrow of then-President Victor Yanukovich.

The UN General Assembly voted to proclaim the Russian annexation illegal. Along with many UN countries, the U.S., the EU, and Turkey also do not recognize Crimea as Russian territory.

Ukrainian PM Groysman will later on Tuesday be received by President Recep Tayyip Erdoğan at the Presidential Palace.