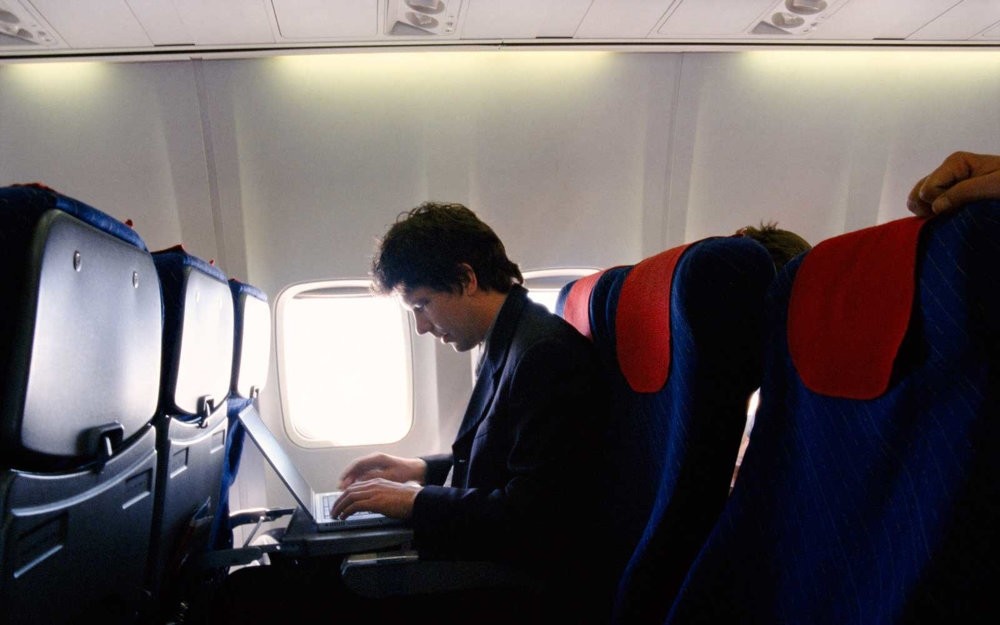 The U.S. and the U.K.'s ban on laptops and tablet computers from cabins on flights from specific countries is considered to be more like an economic sanction rather than a security concern

Airlines flying directly to the United States from 10 airports in eight countries, including Turkey, will allow only cellphones and smartphones in carry-on bags on U.S.-bound flights, the Trump administration said Tuesday. The U.K. followed the U.S. in its announcement of banning laptops and tablet computers from cabins on flights from all airports in six countries. However, the two countries have failed to convince experts as they see the decision more like an economic sanction rather than a security concern.

Many airline companies have in-flight entertainment to make time enjoyable for their passengers. However, considering the flight hours to the cities subject to the ban, the shortest flight time is just over four hours. Especially for businesspeople, it is important to have their laptops or tablets on board to check their emails, to continue to work and not waste time on the flight.

Turkish Heritage Organization (THO) President Ali Çınar, a think tank headquartered in Washington, D.C., said there may be different reasons for the U.S. to announce a ban on passengers carrying electronic devices larger than cellphones on flights.

Noting that the United States has the right to take the security measures it wants, Çınar said if the concern is really safety, it is noteworthy that the ban does not cover any airport in Europe. Pointing out that when Istanbul has become an important hub, such restrictions may lead to passenger losses, while rivals strengthen their hands, Çınar said, "The possibility that the mention of Istanbul's name among the cities where the ban is applied in the American media can negatively affect tourism should not be ignored."

Çınar highlighted that U.S. airline companies have recently been quite active in the U.S. Congress, suggesting that these companies claim that direct flights by Turkish Airlines and Middle Eastern airlines to the United States may cause 1.2 million U.S. citizens to lose their jobs. "They are pressuring the Trump administration with the thought that their rivals pose a major threat to them. I think that this decision should be evaluated in this direction, as well," Çınar said.

Stressing that President Trump's ban on citizens from seven Muslim-majority countries entering the U.S. is a significant problem, Çınar said, "Even though Turkey does not feel this ban directly, we are also concerned that visa purchases from Turkey to the U.S. will decrease significantly."

Frankfurt Airport has been a hub for many airline companies flying overseas for many years. However, as Turkey has developed its aviation industry, Istanbul has turned into a more proper stop for many airline companies flying overseas thanks to its unique location. It is a shortcut for many flights, saving money and time. The Turkish government decided to use this to its advantage to turn Istanbul into an aviation hub and announced a new project: Building a third airport in Istanbul, which is going to be the world's largest with a 200-million-passenger capacity. Istanbul New Airport, which is under construction, will open for service next year in its first stage, able to serve 90 million passengers.

The restrictions are different in the U.K. and the U.S., and only the U.K. specified the maximum size of device allowed - 16 by 9.3 centimeters (6.3 by 3.7 inches). Canadian and French officials are considering whether to impose similar measures, but Germany, Australia and New Zealand said they are not currently mulling a ban.

Britain said it would be banning "phones, laptops or tablets larger than a normal-sized mobile or smartphone" from direct inbound flights from the countries named.

It specified that the ban would apply to devices bigger than 16 centimeters in length, 9.3 cm wide and 1.5 cm thick - smaller than some e-readers like Kindles.

The United States said its ban applied to all electronic devices larger than an average-sized cellphone, including game consoles.

The U.S. ban applies to flights from 10 airports in eight countries.

The affected airports are:

- Dubai and Abu Dhabi in the United Arab Emirates