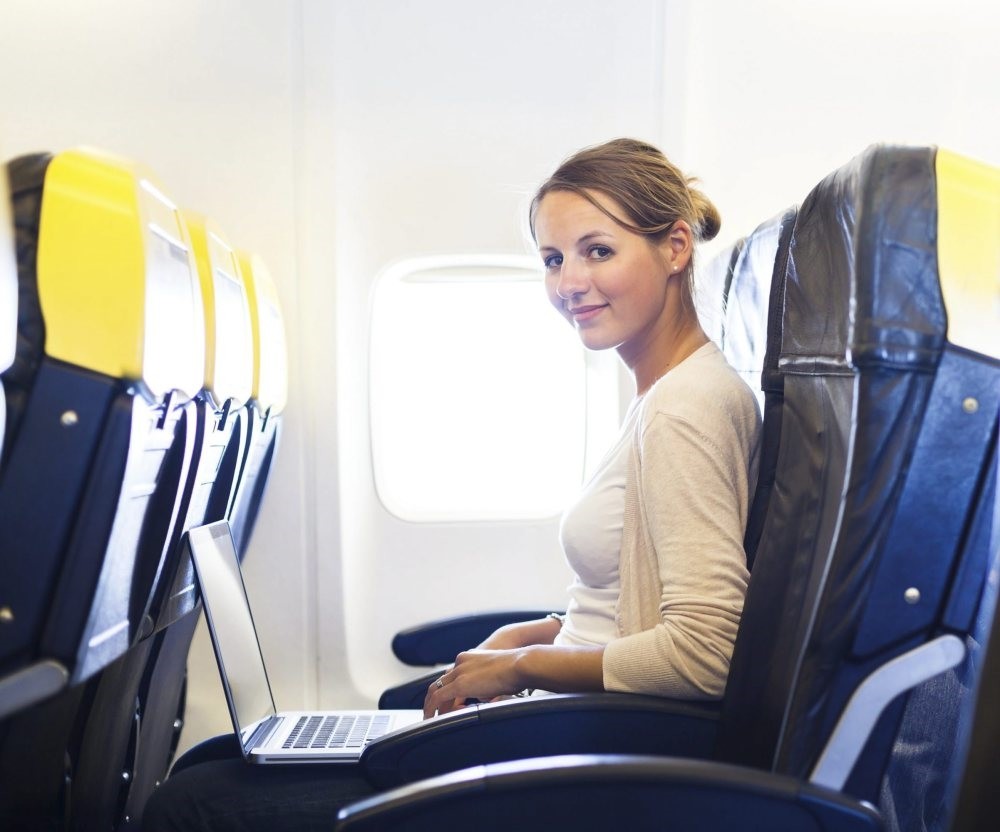 After the U.S. and U.K. banned passengers from carrying electronic devices other than cellphones in aircraft cabins, Turkish Airlines has taken action to offer free internet to all its passengers, while it is reported that Emirates Airlines is carrying out a similar project. THY's next plan is to distribute tablets to passengers on U.S. flights

Airline companies have taken action after the United States and the United Kingdom banned passengers from carrying electronic devices other than cellphones on flights. Turkish Airlines (THY), which reaches a turnover of nearly $1 billion a year from its flights to the United States, plans to launch various applications such as "free internet and passenger tablets" for inflight entertainment systems to avoid losing passengers. It was reported that similar projects have also been carried out by Dubai-based Emirates Airlines.

According to a report by the Turkish daily Hürriyet, after passengers were banned from carrying laptops, e-books and tablets on flights from 10 airports in eight cities, including Istanbul, to the U.S. and from all points in six countries, including Turkey, to the U.K., airline companies have turned to in-flight entertainment systems.

It was learned that THY has started a project to make the internet service, previously charged for in economy class, "free" during intercontinental flights.

Officials noted that works are in progress in order to provide all passengers with free WiFi service, which costs $9.99 per hour and $14.99 per 24 hours for economy class, during flights from Turkey to the U.S.

Pointing out that the main idea is to prevent the onboard internet connection from slowing down and provide an uninterrupted service to all passengers in the best way possible, the same officials suggested that if this service works flawlessly, THY will not lose passengers but rather increase its numbers.

The company has rolled up its sleeves to bring in the "passenger tablet" application, which was previously tried on some airplanes, once again. THY has already begun to provide business class passengers with tablets on Airbus A320 and Boeing 737 aircraft which do not include a personal display on the seats. With these developments, the THY is planning to give tablets to business and economy passengers on long flights. Therefore passengers will be able to carry out all kinds of work and watch movies from their tablets with free internet service. But again, it is necessary to overcome the ban imposed by the U.S. and the U.K. In the coming days, the THY is expected to contact the relevant authorities to overcome the said ban.

Airline companies such as THY and Emirates, which have caused the European and American airline companies to lose market value due to their new aircraft and refreshments on offer, are expected to improve their inflight entertainment system in order to avoid any kind of disruption that this ban might cause.

THY will increase the number of existing movies, music archives, documentaries and TV stations. Having taken action to renew the content of children's channels in particular, the company will make flights more attractive for children with new games.

Turkish Airlines launched its high-speed WiFi internet service in 2012 to enable passengers to communicate on board. During the trial period, all THY passengers received internet service through their notebooks and tablets as well as mobile phones with a wireless feature that they brought with them.

This application was then made free for business class passengers and paid for in economy class. On Sept. 23, 2011, THY became the first airline in the world to provide live television service on intercontinental flights on their B777-300ER aircraft.