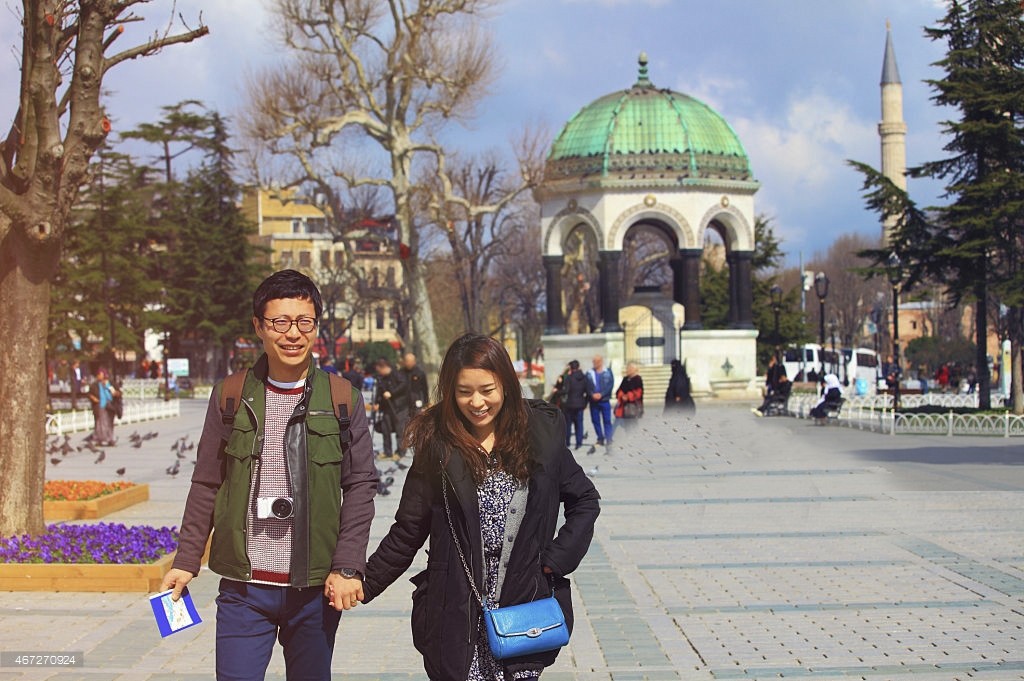 Hakan Duran told Anadolu Agency (AA) that hotels in Antalya started hosting Indian weddings as well as those in Istanbul and that they will launch activities for the Indian market in Antalya in May.

Indicating that the minimum number of invited guests in Indian weddings is 200, Duran said: "The wedding owner brings these 200 people directly by plane. The advantage is that guests who organize their wedding in Turkey come back for a holiday."

Duran also pointed to the popularity of the many golf facilities in Antalya. "The quality of our facilities is incredibly high. There are over 1 million golfers in India. The Indian market is very important to us," Duran said.

According to Duran, Indians coming to Turkey for a wedding stay three-to-four days and spend $500-$2,000 per person just for accommodation, a figure that increases with additional expenses.

An important gate to Middle East

Duran said that tourists from Far Eastern countries are mostly interested in culture, which is the reason they visit Turkey.

Due to recent mobility in the Far East, especially China and Taiwan, Duran noted that more aircrafts are needed, highlighting that the more flights scheduled, the better.

Pointing out that Antalya has started to promote itself outside the concept of sea and sand, Duran said: "We have a very serious culture. Antalya is a place where civilizations intersect. Again, gastronomy is at the forefront. Mediterranean cuisine and Antalya cuisine are very important cuisines with incredible regional dishes. These are starting to be promoted." Indicating that the Antalya Metropolitan Municipality is planning a Hollywood-style studio project in the future, Duran said: "If this happens we can do so much better. There is a competing theme park here for Disneyland. We are opening a very serious gate to the Middle East."