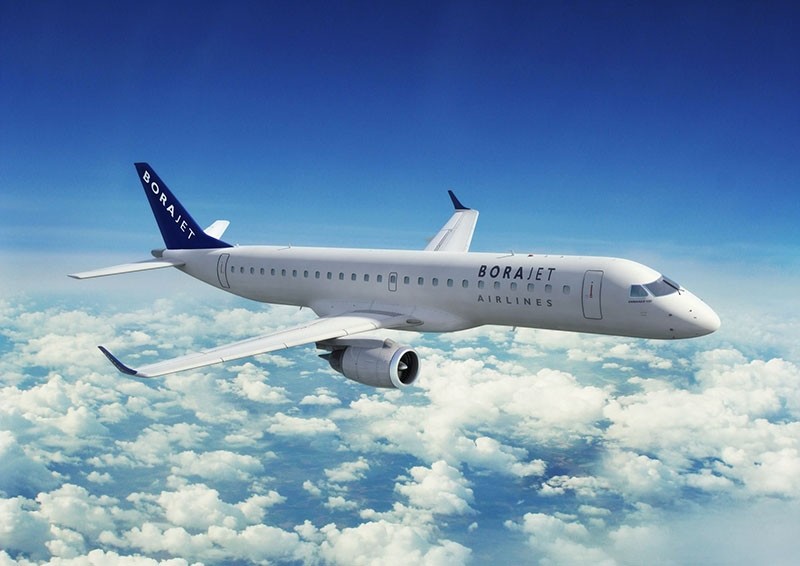 Borajet, a privately owned Turkish airline based out of Istanbul, announced that it will cancel all of its flights starting Monday.

The company has some 500-550 employees, of which around half will be discharged upon receiving compensation. However, Borajet issued an official statement countering rumors in Turkish media outlets that the company was going bankrupt, stating that Borajet, as the first and only Turkish regional flight company, was preparing to offer services from Istanbul's future third airport, as well as planning new flight routes.

It added that the carrier had stopped its flights in order to repair and refurbish its fleet, which mostly consisted of Embraer and ATR aircraft, as six aircraft from its 10-plane fleet were grounded due to technical problems.

According to the announcement, Bora Teknik A.Ş. will continue to offer its technical services in an uninterrupted fashion.

Borajet was founded in 2008 by Yalçın Ayaslı, a Turkish citizen living in the U.S., and toward the end of 2016 the airline was sold to SBK Holding. It offered passenger flights to destinations in Turkey, Germany, Iraq, Lebanon, Cyprus and Italy as well as charter flights.

In August 2016, the company also signed contracts with the Turkish sports club Fenerbahçe for a three year sponsorship, also offering special flights for the club.