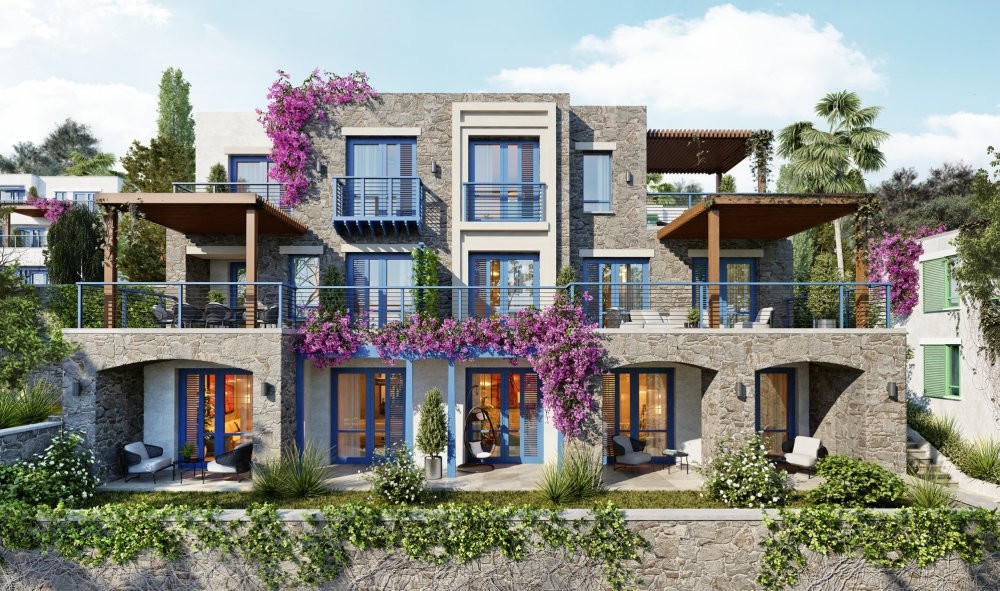 by daily sabah
May 09, 2017 12:00 am
Banyan Tree, which operates hotels and holiday villages in important destinations such as Phuket, Maldives, the Seychelles and Bali, has come to Turkey with the Nef Yalıkavak project, thus entering the European market for the first time.

Nef Gayrimenkul entered Bodrum with the Nef Yalıkavak project in collaboration with Banyan Tree, the world's leading ultra-luxury hotel chain that will operate the 300 million-euro project including 389 villas and residences. With more than 40 hotels and holiday villages in 28 different countries in Asia, America, Africa and the Middle East, Banyan Tree entered the European market for the first time. The Banyan Tree brand reached a 10+10-year contract with Nef.

Banyan tree is the world's leading premium resort, hotel, residence and spa operator and developer with 66 spa centers, 80 stores and three golf courses in addition to hotels and holiday villages in important destinations such as Phuket, Maldives, Seychelles and Bali.

Banyan Tree Hotel, which has 30 private residences with 70 rooms, will start welcoming guests in the summer of 2019.

With regards to the negotiation process surrounding the Bodrum Banyan Hotel to be realized after a 35 million-euro investment, Nef Chairman Erdem Timur said, "We started negotiations before July 15, and we were supposed to hold our first meeting on July 21. However, due to Banyan Tree's confidence in Turkey and its long-term plans, July 15 did not affect our agreement process. In October 2016, we reached a 20-year contract."

Stating that Banyan Tree is strong in the Chinese and the Middle Eastern markets, Timur said that thanks to this cooperation, wealthy Asian tourists will come to Bodrum. He also said that Banyan Tree will take over the operation of 30 private residences to be located in the project.

"The Banyan Tree Hotel will be opened in the summer of 2019 and we plan to deliver it in the summer of 2018," he said, adding that they want to break down the perception that only local tourists come to Bodrum. He explained that an investor who purchases a residence in Banyan Tree can stay in Bodrum for a certain period of time every year, and at other times they can give their house to the operation of Banyan Tree and earn income.

The Nef chairman also added that instead of staying in Bodrum, the resident can stay in other places like Thailand, Vietnam, Mexico and Maldives where Banyan Tree is located.

Timur said that they have already sold 120 out of the 359 independent units to their customers.

"This sales rate, which has been achieved without sales even starting, has yet to be recorded among the projects that have been realized in Bodrum," he said. The launch of the Nef Yalıkavak project will take place on May 19.

Noting that the average square meter sale price of the residences and villas in the project will vary from 3,750 euros to 4,500 euros, Timur said that the smallest independent unit will be 89 square meters and the price will start at 365,000 euros. The 116-acre project, surrounded by the sea on three sides, is a seafront with a 460-meter-long coastline and 2,000 square meters of sandy beach.

The Nef Yalıkavak project, which includes green terraces and roofs, a private interior garden and green space for each villa with energy saving technology, was designed by Torti Gallas, the architect of the Kemer Country.