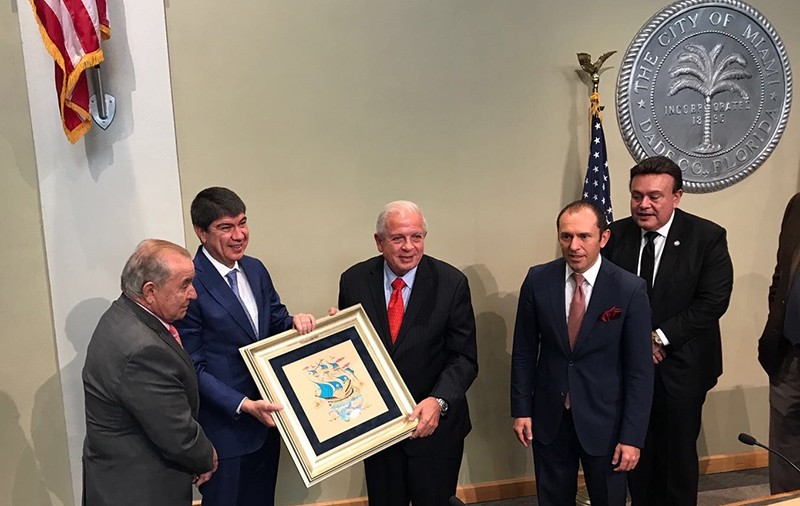 The signing ceremony at Miami City Hall was attended by numerous Turkish and American community representatives, as well as Turkey's Consul General in Miami Özgür Altan.

After the ceremony both mayors exchanged gifts and gave short speeches in which they congratulated everyone and expressed their happiness that the protocol was signed.

The agreement signed by one of Miami, U.S.'s biggest touristic centers, and Antalya, also known as Turkey's "tourism capital," is viewed as a means of boosting trade, tourism, education and cultural ties between the two cities.

Miami is the favorite spot of Turkish people who buy houses in the U.S., according to recent statistics.