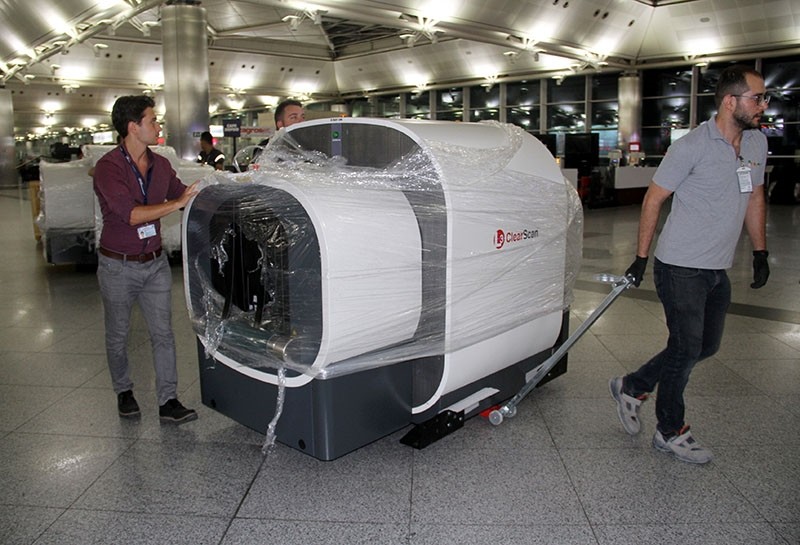 Two tomography machines have been brought to Istanbul's Atatürk Airport for installation, offering a potential solution to the ban on electronic items in cabin baggage to Britain and the U.S.

The Ministry of Transport, Maritime Affairs, and Communications made the decision to import the machines following the ban on electronic devices larger than mobile phones on direct flights to the U.S. and Britain from eight primarily Middle Eastern countries imposed in March 2017, citing intelligence that al-Qaeda is plotting for attacks using batteries and other components. The machines are currently awaiting installation at Atatürk Airport Wednesday afternoon.

Once the tomography machines have been installed, passengers will experience no difference in the process of sending their belongings through the security machines. However, groups representing airlines and airports are hopeful that the improved technology will lead to a repeal of the cabin electronics ban. The U.S. Transport Security Administration (TSA) is also slated to place two of the machines in U.S. airports this year.

The X-ray machines currently used by airports only offer two views of each item passing through, which limits the screeners' ability to identify dangerous items. The new machines use computed tomography (CT) technology, which is also used in the medical field, including for brain scans.

Tomography machines offer a high-definition, three-dimensional view of the contents of a bag, electronic device, or bottle of fluid. Similar CT machines were installed at airports after the September 11 attacks to identify explosives in checked bags.