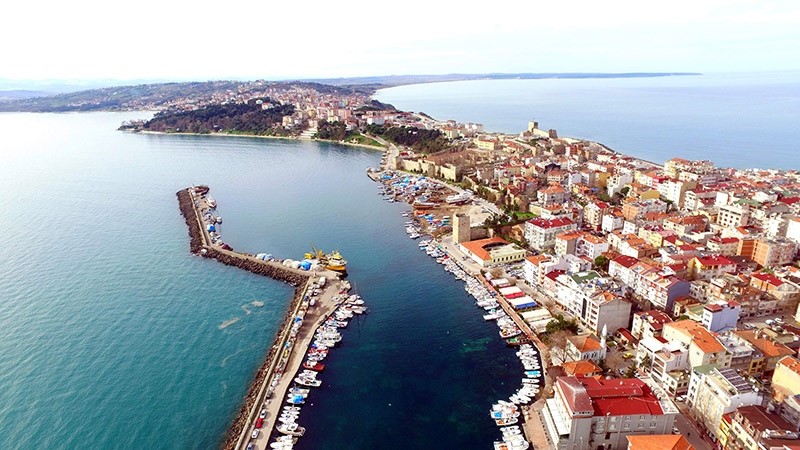 The Eid al-Fitr holiday is bringing tourists to the Black Sea province of Sinop, which has been voted the happiest in Turkey.

The Turkish Statistical Institute (TurkStat) rated Sinop as the country's most content city in 2014 and 2016, and locals are certainly happy that 100 percent of hotel rooms are full for the upcoming holiday.

A beautiful natural harbor and various historic monuments draw visitors to Sinop, which is known for its relaxed pace and unspoiled landscape.

Sinop is also known as the birthplace of ancient philosopher Diogenes the Cynic, who famously responded to Alexander the Great's question "Is there anything I can do for you?" with the words "You can step aside so that you're not blocking the sun."

The center of Sinop boasts a statue of Diogenes, in tribute to the open-air, sun-loving spirit that still permeates the city over 2,000 years after the philosopher was born.

Sinop Culture and Tourism Foundation President Cemalettin Kaya stated that Sinop is one of Turkey's safest cities, which also contributes to its popularity among holiday-goers.

The large number of tourists means that making a reservation in advance is a must, Kaya explains. "We recommend that anyone coming after the Ramadan holiday makes a reservation. Guests who do not make a reservation might be left in a difficult position if they can't find somewhere to stay," he said.