Tourists flock to Turkey’s historic Hasankeyf, the ‘city of caves’ 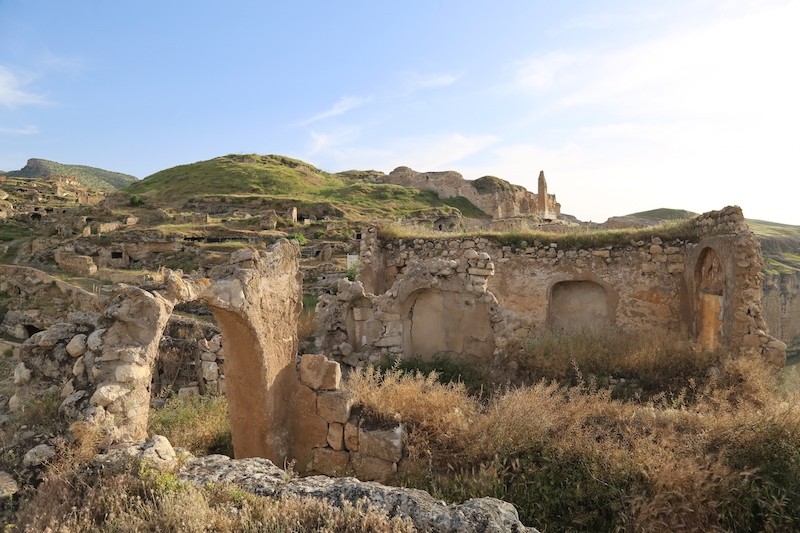 The historic and natural beauty of southeastern Turkey's Hasankeyf has ignited interest in tourists from across Turkey and abroad, who are visiting the region in large numbers before the Ilısu Dam project leaves the area underwater.

Local business owners said that Hasankeyf had been a prime destination for tourists until approximately two years ago, when a series of terror attacks in the southeast of the country negatively affected tourist numbers. But now that the country has returned to a more stable footing, visitors are returning to the region.

Some local business owners used the slow period as an opportunity to improve their tourist services - which meant learning to play the shepherd's pipe, in the case of tradesman İbrahim Tanrıkulu.

"I learned to play the pipe when there was no work. Now I greet my guests with its music," says Tanrıkulu.

Local tour guide Ali Ayhan also plays the pipe for guests while leading them to the area's historic sites, adding an extra bump of culture to the tours.

"I didn't understand the actual importance of the this district until I came here. It's a very historic place. It's a place that has been a capital of civilizations and where civilizations meet. We want tourists to see it, and we want to host them here," Baygüven said.

Hasankeyf is one of the oldest continually settled areas in the world, located on the banks of the Tigris River, known as "the cradle of civilization." The area around the city is home to thousands of manmade caves carved out of limestone cliffs as well as to hundreds of medieval monuments, making the area an open-air museum.

In preparation for the completion of the Ilısu Dam, authorities moved the 650-year-old Zeynel Bey Tomb to the new Hasankeyf Cultural Park in April.