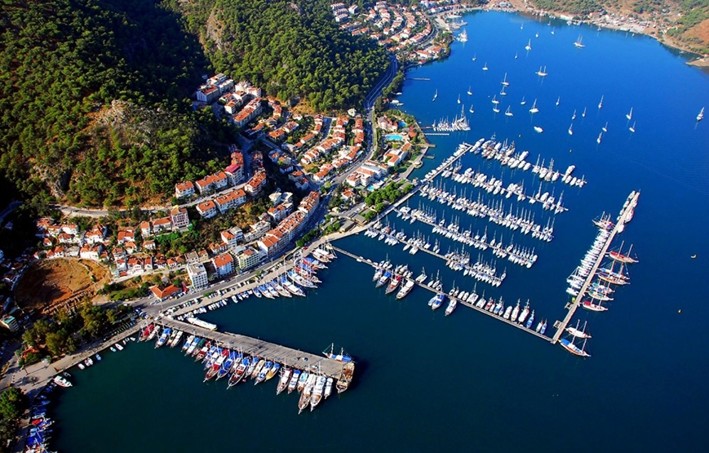 The number of Indonesian tourists traveling to Turkey, in the first four months this year, increased 97.28 percent compared to the same period last year, reaching 33,659 thousand.

Turkey has become the second stopover for many Indonesians as they return from Saudi Arabia after performing Umrah. Most Indonesian tourists mainly visit Turkey's different historic and tourist destination.

According to the Culture and Tourism Ministry, 33,659 Indonesian tourists traveled to Turkey between this January and April, an increase of 97.28 percent compared to the same period last year.

Istanbul, Muğla, Antalya, and Aydın were among the top destinations for Indonesian tourists in Turkey.

According to the Indonesian Embassy in Ankara, many of its citizens are visiting Turkey's historic and popular tourist destination, on their return trip from Saudi Arabia after performing Umrah, a pilgrimage to Mecca that can be undertaken any time of the year, with a layover in Turkey.

The THY hauled some 32,080 passengers from Indonesia to Turkey between January 1 and April 15, 2016, in 365 flights between the two countries.

Pointing out THY's preference among Umrah passengers as of great potential as it contributes positively to the number of passengers and occupancy rate, THY officials said that were planning to raise the number of daily flights to two, in the face of strong demand.