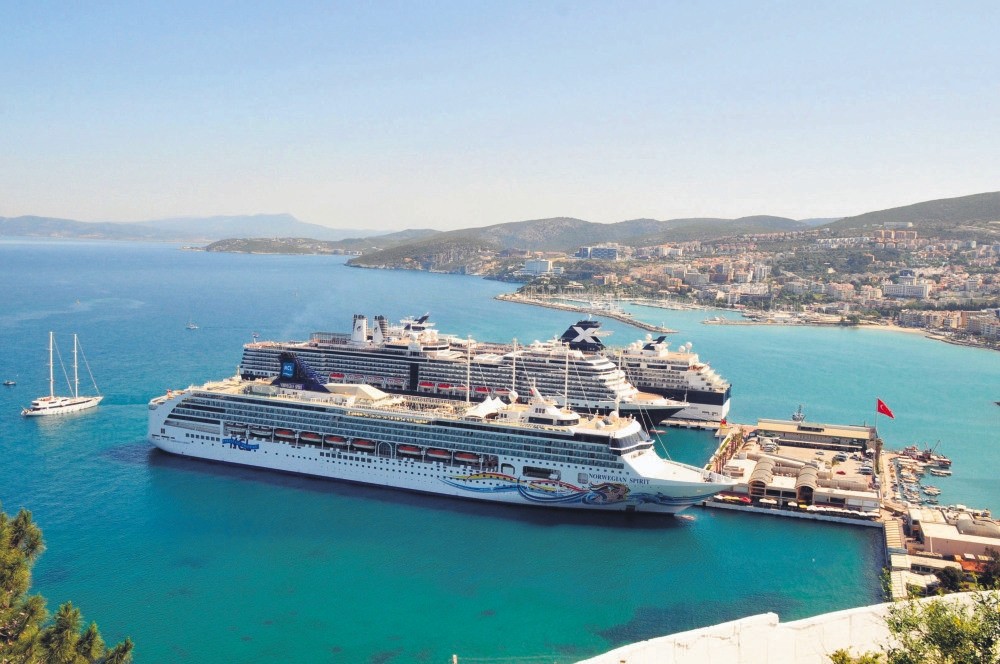 While Turkey's cruise passenger traffic stood at 118,087 people in the first half of the year, these passenger ships mostly visited the Kuşadası Port.

According to data compiled from the General Directorate of Maritime Commerce, a total of 131 cruise ships docked at 15 ports in Turkey during the January-to-June period this year. The number of passengers arriving with these vessels was 17,623, while the number of departing passengers stood at 19,560 and the number of transit passengers was 80,904.

A total of 60 of the ships dropped anchor in Kuşadası compared to 12 in Çeşme, 12 in Izmir, 10 in Bodrum, nine in Marmaris, seven in Alanya, six in Antalya and four in Çanakkale, while four cruise ships visited the Istanbul Port, two docked at the Göcek Port and one vessel each was reported at the ports in Bartın, Dikili, Sinop, Trabzon and Tuzla.

May, June stand out as busiest months

The busiest months for cruise traffic were May and June in the first half of the year.

A total of 46 cruise ships approached the ports in Turkey in the months of May and June. The number of arriving and departing passengers in May stood at 9,025 and 9,151 respectively, while the number of transit passengers reached 29,507. In June, on the other hand, 2,660 people arrived and 3,889 people departed as well as 21,070 transit passengers.