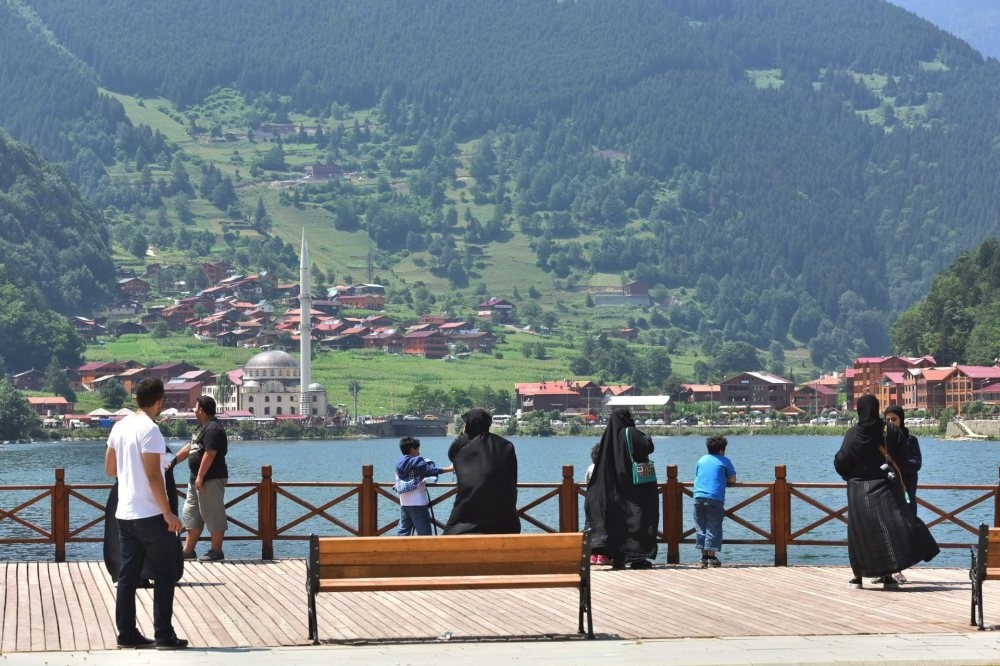 Many tourists coming from the Gulf region choose to spend their vacation near the Black Sea.
by Betül Alakent Aug 03, 2017 12:00 am

The jump in the number of tourists from the Gulf over the last two weeks is an indicator that Turkish tourism has remained untouched by the ongoing row in the region as a result of Turkey's mediation, according to sector representatives

The Gulf row in the Middle East has not affected tourism in Turkey, with 1.2 million tourists from across the region coming to Turkey in the first six months of the year. According to tourism representatives, there has been a burst of demand in the country for the last two weeks and Turkish tourism has remained unaffected by the Gulf crisis.

The balanced policy implemented by Turkey in response to the embargo imposed on Qatar by Saudi Arabia, the United Arab Emirates (UAE), Bahrain, Egypt, Yemen and Libya for nearly two months has begun bearing fruits in the tourism industry. Having attracted 915,000 visitors from countries in the Middle East in the first six months of last year, Turkey increased this figure by 34 percent to total 1.2 million in the same period of this year. Iraq led the way in the number of visitors to Turkey with 317,000, followed by Saudi Arabia with 205,000, Kuwait with 94,000 and Jordan with 87,000. Noting that there has been a 40 percent increase in demand for tourism in Turkey over the last two weeks, tourism representatives stressed that July data is expected to be even higher.

Saying that the booking rate slowed down during the first week of June when the Gulf dispute began, tourism representatives stressed that as a result of Turkey's balanced policy, reservations have returned to normal and there has been a burst of demand over the last three weeks, adding that there is a great interest in Antalya and Bodrum, as well as Istanbul, Trabzon, Bursa and Yalova. Representatives also noted that the number of tourists coming from the Middle East is likely to increase by 30 percent compared to last year and by 15 percent compared to 2015.

According to June figures, demand from Saudi Arabia, which is led the blockade of Qatar, increased by 176 percent compared to the same period last year. Chairman of the Touristic Hoteliers, Managers and Investors Union (TUROB) Timur Bayındı, stated that Saudi Arabia has risen to the top over the last two years, becoming one of the top five markets for visitors to Istanbul. Murat Toktaş, the president of the Black Sea Touristic Operators Association (KATID) said that Turkey has remained unaffected by the rift in the region thanks to the balanced policies implemented by the government. "Online booking requests have increased by 40 percent over the last three weeks," Toktaş said, adding that their hotels are booked at 100 percent capacity and that the average price per person for the July-August period is $150.

According to CEO Muhannad Qarashuli of Valley of Tourism, as one of the biggest players in the region, Turkey has managed the unfolding dispute very well and has been reaping the benefits of proper policy making. He continued: "There is high interest in Bodrum and Antalya, as well as Istanbul and Trabzon. We have difficulty booking places in coastal cities." Qarashuli also added that the intense demand could continue through mid-October.