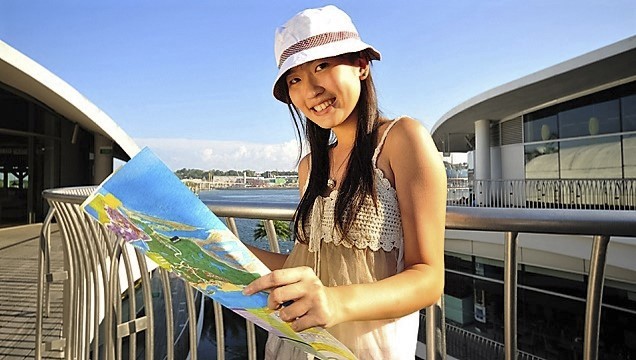 As political ties become more invigorated, the increasing economic exchange between Turkey and China is being reflected in the tourism sector. Turkey is expecting to host a record number of tourists from China within the scope of the 2018 Turkey Tourism Year in the country, said Culture and Tourism Ministry Assistant General Manager of Promotions Ahmet Temurci.

Holding talks in the Chinese capital Beijing along with his accompanying delegation, Temurci elaborated on the tourism volume between Turkey and China, as well as the preparations for 2018 Turkey Tourism Year in China.

Stating that they held meetings with officials from the Chinese Tourism Administration, Temurci stressed that they were welcomed by the Beijing authorities with great enthusiasm.

Temurci pointed out that China is the world's largest global tourism market and the leading country in the world, sending the highest number of tourists and producing the biggest tourism spending. "We want to turn the 2018 Turkish Tourism Year in China into an opportunity and expect to host a record number of tourists in this country within the scope of 2018 Turkey Tourism Year in China," he added.

Highlighting the rapid development of Turkish-Chinese relations in recent years, Temurci suggested that the relations between the representatives of these two ancient civilizations in the east and west of Asia need to be further developed.

Indicating that the number of Chinese tourists to Turkey dropped to 167,000 last year due to security concerns arising from regional reasons, he said that over 80,000 Chinese tourists were welcomed during the first five months of this year and that this figure is expected to increase in the second half of the year.

"We expect to achieve record numbers in this area next year by reaching at least half a million Chinese tourists in Turkey," Temurci noted and stated that they are in agreement with both the official authorities of China and more than 60 Chinese agency representatives whom they met during their meetings in Beijing.

Ahmet Temurci pointed out that a total of about $20 trillion in economic volume, covering 65 countries in the framework of Beijing administration's "One Belt, One Road" project, which aims to revive the historic Silk Road, has attracted collaborations in many fields and highlighted that Turkey and China are the two most important countries in the "One Belt, One Road" project.

Recalling that President Recep Tayyip Erdoğan has come together with China's President Xi Jinping four times in the last three years, Temurci said that the close friendship between the leaders will be reflected positively in trade and tourism between the two countries.

Temurci stated that they plan to have high-volume official participation in the six tourism fairs to be held in China in 2018, and that they are working on active publicity projects in popular social media and on digital platforms in this country.

Emphasizing that Chinese tourists are particularly interested in Istanbul, Cappadocia, Pamukkale, Safranbolu, Konya and Black Sea destinations, he suggested that there is no obstacle to getting a bigger share from the giant Chinese tourism market.

More than 100 million people traveled abroad last year in China, the world's largest global tourism market. According to a study conducted by C-trip, the largest tour company in the country, the Chinese ranked first in the list of tourists who spend the most, by spending $261 billion worldwide last year.

About 21 percent of the world's tourism expenditures are made by the Chinese, while the number of tourists going abroad from this country increased by more than 10 percent every year in the last 12 years.

Turkish Airlines (THY) has daily flights from three cities, namely, the capital city of Beijing, the economy and financial center Shanghai, and Guangzhou in the south of China, to Istanbul.