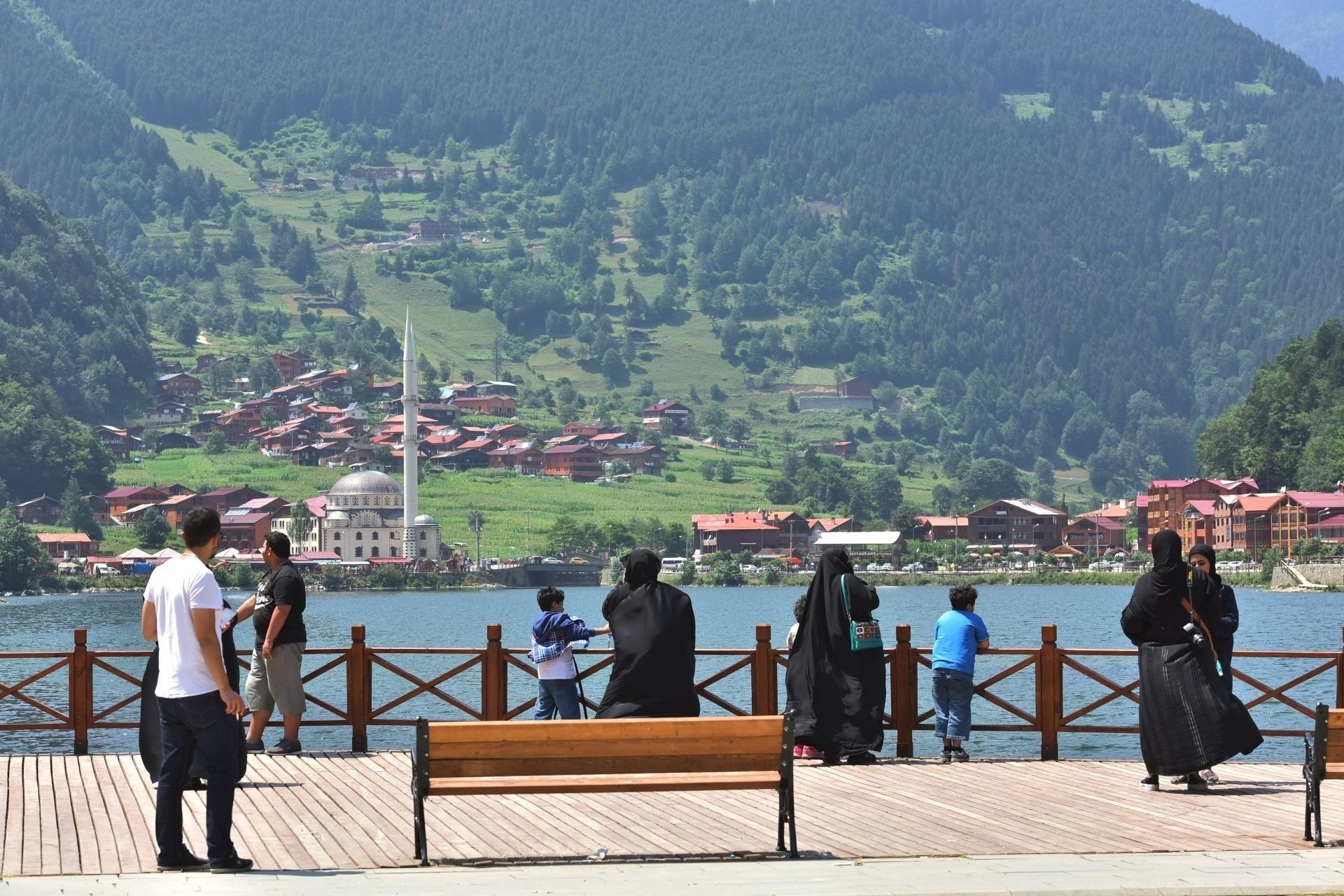 A total of 121 million Muslims participated in the international tourism movement around the world last year, spending $156 billion on tourism activities. In a report, "A Strategic Vision for Turkish Tourism: Halal Tourism," prepared by the Independent Industrialists' and Businessmen's Association (MÜSİAD) Antalya Branch, the current situation of Turkish tourism was assessed, data related to the world halal tourism market was shared and suggestions to develop halal tourism were presented.

According to the report, the tourism sector, which started to develop after the 1950s all over the world, continues to grow globally every year, with the number of international travelers rising to 1.2 billion people last year from 25 million in 1950.

The report indicates that according to the United Nations World Tourism Organization (UNWTO), about 7 percent of overall world exports ($1.5 trillion) are due to the tourism sector; thus, one out of every 11 jobs in the world are related to tourism. The report points out that Turkey is a top 10 country when it comes to the greatest number of tourists attracted since 2000, and one of the top 15 countries with the highest tourist income for the same period. Thus, the tourism sector has an important influence on the Turkish economy, contributing about $88 billion to the country's gross domestic product (GDP) last year.

According to the report, the number of tourists from Organization of Islamic Cooperation (OIC) member countries (Malaysia, Indonesia, Uzbekistan, Saudi Arabia, Iraq, Iran, Azerbaijan, Kazakhstan, the United Arab Emirates, Kuwait, Libya, Pakistan, Jordan and Egypt) was approximately 47.5 million in 2014 with 4.9 million of them coming to Turkey.

The report also noted that spending by tourists from Saudi Arabia, the United Arab Emirates, Qatar, Kuwait and Iran during their tourism activities abroad is about $62.2 billion.

The report made the following suggestions to Turkey to enter the halal tourism market in a powerful and systematic way:

"First and foremost, it has become imperative for Turkey to prepare a 'Halal Tourism Strategic Plan' without delay. The Halal Tourism Strategic Plan has to outline at least what should be done until 2023 and actions that should be carried out until this year in line with vision, goals and targets. Turkey has a significant Islamic heritage with its historical, social and cultural backgrounds. Some provinces such as Istanbul, which have a majority of this heritage, can be developed as cultural tourism destinations for Muslim tourists to get more active services. Turkey has advanced technical infrastructure, experiences and expertise in many health services such as organ transplantation, dental treatment, eye operations and hair transplantation. In this regard, leading cities such as Istanbul, Ankara, Antalya and İzmir can also be developed as medical tourism destinations to offer more active services to Muslim tourists. Many regions of Turkey have rich possibilities in terms of thermal resources. However, some provinces such as Afyonkarahisar in the Aegean region, in particular, have more advanced accommodation enterprise infrastructure in this regard. For this reason, these regions can be developed as thermal tourism destinations, which offer more active services to Muslim tourists. Especially for potential tourists living in southern Muslim countries, the temperature in their own country during the summer periods is a major vital challenge. The Eastern Black Sea highlands can be developed as highland tourist destinations so that Muslim tourists can be served more actively."

In addition, Turkey could be an attraction center for Muslim tourists in winter tourism, agro-tourism, congress tourism, shopping tourism and series tourism.

Turkey has become the showcase of the world halal market, which covers many large sectors, including food, finance, textiles, pharmaceuticals and cosmetics, and is worth $3 trillion. The 57 OIC member states will attend the fair. This year, the World Halal Fair takes place Nov. 23-25 in cooperation with the Turkish Standards Institute (TSE), the Standards and Metrology Institute for Islamic Countries (SMIIC) and Discover Events.