Turkey ranks on top in Europe-wide aerospace movements in July 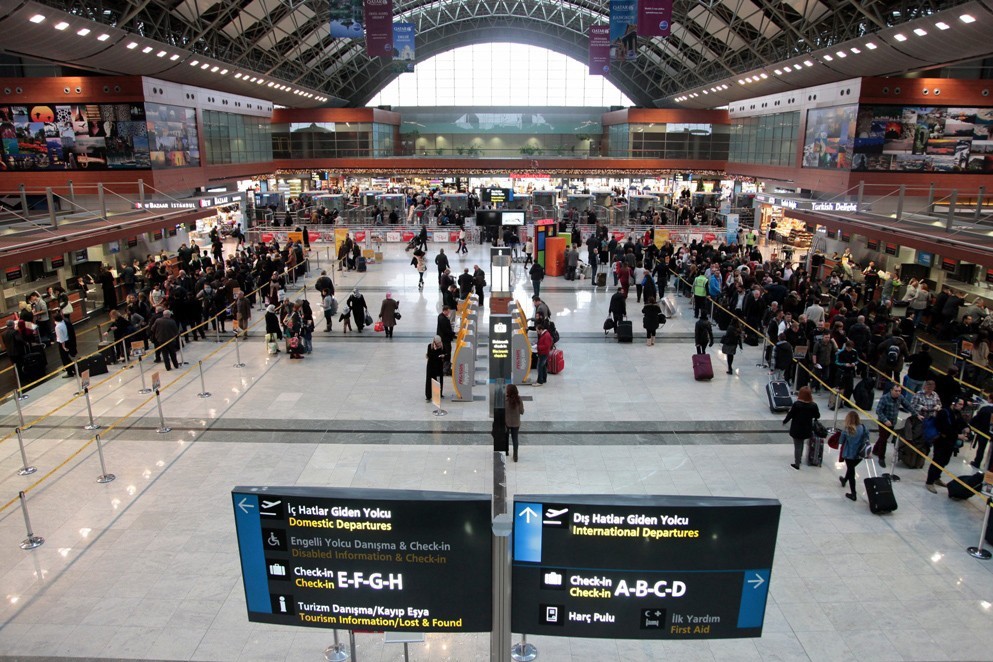 AddIng an average of 283 flights per day to European airspace in terms of take-off and landing-based aircraft movements, Turkey has claimed the fourth highest rank across Europe in July, Transport, Maritime and Communications Minister Ahmet Arslan announced yesterday. Arslan said transportation is one of the most effective components of a prosperous and promising country, indicating that the sector is also a trigger for many other sectors.

Pointing out that the greatest breakthroughs in the history of the Republic of Turkey were realized in the transportation infrastructure under the leadership of President Recep Tayyip Erdoğan and Prime Minister Binali Yıldırım, Arslan said: "Especially in the aviation sector, Turkey became the fastest growing country. While the international air transport sector has grown 5.6 percent on average per annum in the last decade, this ratio has reached 14 percent growth in Turkey."

Recalling that the number of active airports has more than doubled in the last 14 years in Turkey, rising from 26 to 55, Arslan said existing airports were being renewed.

Underscoring that air transportation has become "the way of the people" as a result of the studies carried out, Arslan said Istanbul Atatürk Airport climbed to fourth place in Europe for departure traffic in July of this year, according to European Organization for the Safety of Air Navigation (EUROCONTROL) data. Moreover, he said the Netherland's Schiphol Airport ranked first, while Paris Charles de Gaulle and Frankfurt airports ranked second and third, respectively.

Arslan, who said that in the first half of this year there was an average increase of 4.2 percent in European airspace, said Istanbul Atatürk Airport, which ranked eighth in Europe seven years ago and moved to fifth place in the last three years, has advanced to fourth place in terms of the number of take-offs according to the July data.

Arslan said that Turkey has repositioned itself into coming in first in Europe by adding an average of 283 flights, including landing and take-off, per day to European airspace, saying that Germany ranked second with 238 new flights, followed by Spain with 224 and the U.K. with 187, respectively.