Number of Iranian tourists to Istanbul on the rise, could surpass Germans 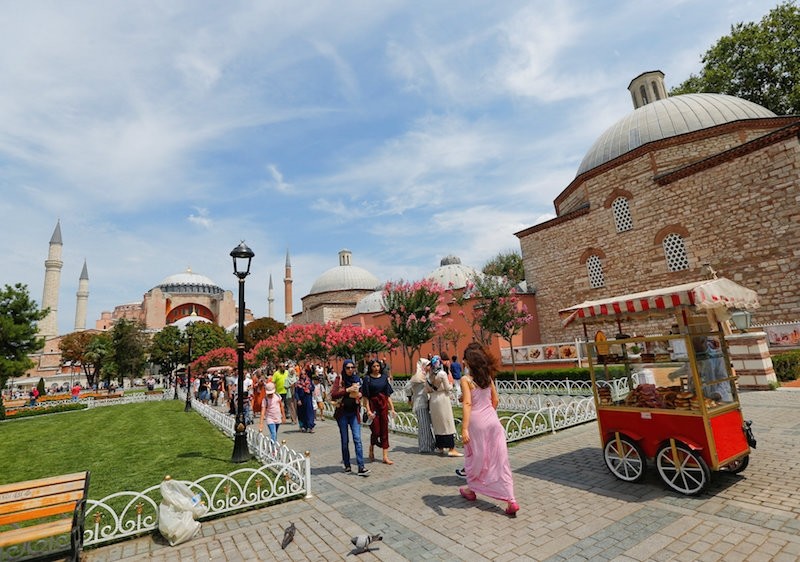 The number of Iranian tourists to Istanbul has seen an upward trend in recent years and could soon surpass the number of German visitors, partially as a result of economic recovery experienced after a nuclear deal lifting sanctions on Iran.

Ercan Çeçen, a board member of the Middle East Tourism and Travel Agents Association (OTSAD) and Iranian Market Representative, pointed out that Iranians placed second after the Germans in the distribution of tourists visiting Istanbul, adding that "Iranian tourists could soon surpass the Germans."

Iranian tourists are exempted from visa requirements for travels of up to 90 days in Turkey, encouraging many curious visitors to vacation in Istanbul.

The number of Iranian tourists ranked seventh in 2013 among nationalities visiting Istanbul, but has leaped to second place, following only the number of German visitors, every year since 2014.

OTSAD member Çeçen said, "Iranian tourists will soon outnumber the Germans, because they have a population of 80 million and they cannot easily go to other countries," adding that the number of charter flights from Iran to Istanbul had also increased.

"Unlike other visitors, Iranian tourists come 12 months of the year, mostly frequenting the entertainment and shopping centers of Merter, Bayrampaşa and Osmanbey neighborhoods," Çeçen said.

Çeçen highlighted that the average duration of Iranian tourists' time in Istanbul tended to be a minimum of 4-7 days.

Adding that Iranian visitors were beneficial to the Turkish economy, Çeçen said, "Iranian tourists spend at least $1,000 per person during their time in Turkey, and when they come as a family, this figure amounts to a total of $3,500."