Turkey leads $155B Muslim travel market with most convenient transportation 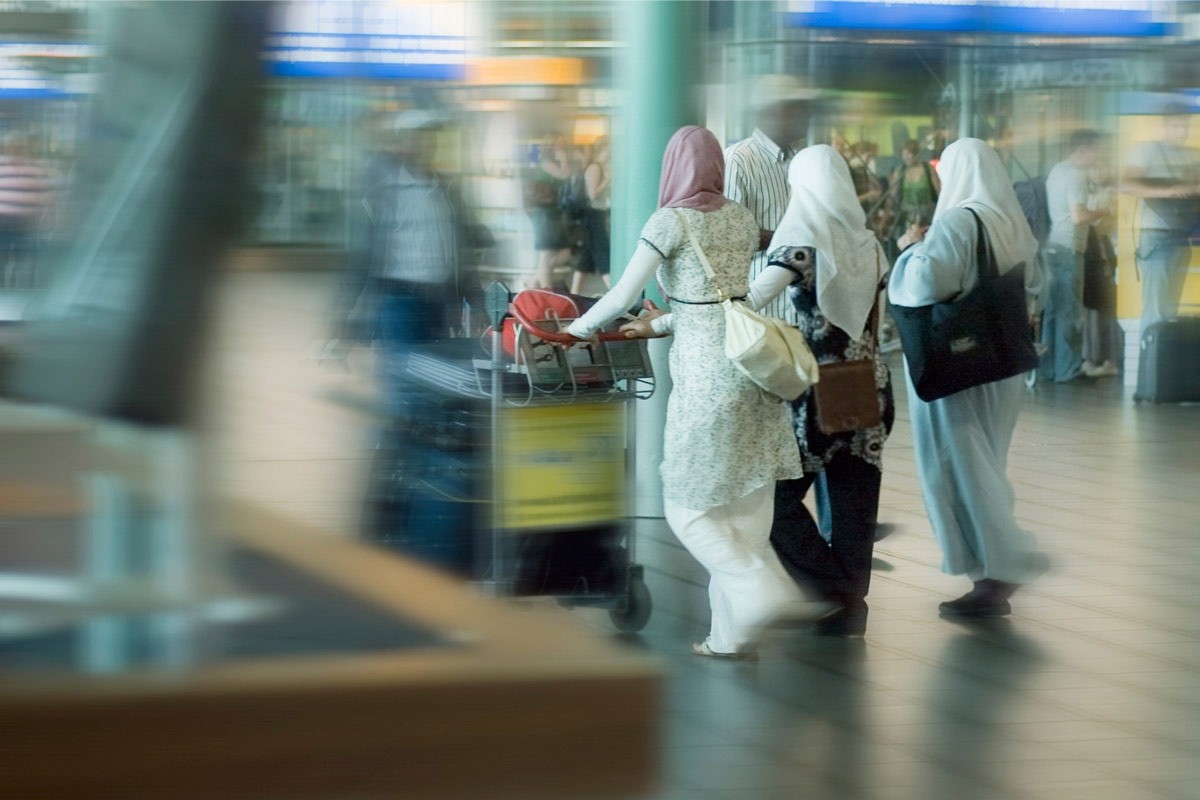 Developed airport connectivity and the transportation system led Turkey to top the Muslim Travel Index for its accessibility.
by Daily Sabah Sep 01, 2017 12:00 am

A report exploring the $155 billion Muslim travel market cited Turkey as the most convenient country in terms of accessibility, emphasizing its developed airport connectivity and communication facilities, access to prayer rooms and visa-free travel services

Turkey attained the highest score among 130 destinations included in the Global Muslim Travel Index, based on criteria regarding the most convenient transportation infrastructure, according to the annual report published by MasterCard and Crescent Rating. The report was centered on the travel preferences of Muslim tourists across 130 destinations worldwide and evaluated several criteria including ease of transportation, dining options, halal assurance, access to prayer areas and affordable prices. The seventh edition of the Global Muslim Travel Index, prepared for the first time by payment technologies giant MasterCard and Crescent Rating, a company that provides services such as ratings, consultancy, training and event support and partnerships to meet the tourism needs of the Muslim world in 2011, was published.

The seventh edition of the Global Muslim Travel Index, prepared for the first time by payment technologies giant MasterCard and Crescent Rating, a company that provides services such as ratings, consultancy, training and event support and partnerships to meet the tourism needs of the Muslim world in 2011, was published.

The 2017 report includes information on a total of 130 countries, including 48 Organization of Islamic Cooperation (OIC) destinations and 82 non-OIC destinations. Malaysia, the United Arab Emirates (UAE), Indonesia and Turkey were the top four choices for Muslim tourists, followed by Saudi Arabia, Qatar and Morocco.

Countries like Singapore, Thailand and the U.K., which do not have a Muslim majority in terms of their population, followed the top nine countries on the list. Although the OIC countries are primarily preferred by Muslim tourists, non-OIC destinations have moved up in index rankings as they continue to adapt their services to appeal to the Muslim travel market.

Comparing the results from the last three years, it is evident that the countries in the top 20 are generally aware of the needs of Muslim tourists and are expanding their airport facilities, improving connectivity between airways, improving developments in terms of halal food services and prayer conditions, as well as accommodation options and visa-free travel services.

While the report also highlighted the areas that these countries need to develop further, the most developed areas in Turkey are listed as communication, access to prayer areas, airport and accommodation facilities and dining options. Also, Turkey scored at the top as the destination with best ease of access, air connectivity and visa-free travel, followed by Malaysia, Thailand, the UAE and Qatar.

Turkey ranked second after Malaysia in terms of the evaluation of appropriate environmental conditions for Muslims and family-friendliness, while Spain, a non-OIC destination, was a surprise fourth place.

According to the report, the Muslim population is the fastest growing religious segment in the world and will potentially make up 26 percent of the world's population by 2030. In light of this data, more businesses and destination spots are now entering the industry amid aims to serve the needs of Muslim travelers by adapting their products and services to the needs of these customers.

The report also emphasized that many sectors have oriented their focus toward a young, ready-to-spend Muslim population in Indonesia and Malaysia, especially in the Gulf States, as the weight and importance of Muslim consumption is increasing in the global economy.

According to 2016 data, the Muslim travel market constitutes $155 billion of the roughly $2 trillion-to-$3 trillion in the Muslim consumption market, which consists of food, services and lifestyle.

Positive developments in food, services and lifestyle in any country are naturally reflected in tourism, as Muslim tourists prefer countries that offer Muslim-friendly services in accordance with Islamic restrictions, as well as family-friendly accessibility in the form of convenient transportation facilities and shopping opportunities.

Halal food receives the biggest share in the Muslim consumption market, followed by the fashion industry, medicine and cosmetics appropriate for Islamic values. Spas and wellness centers specially designed for men, women, or families are also popular. The results of the report showed that in the future, countries that can quickly adapt to technological developments and innovations, show a response to the changing preferences of younger Muslims, be conscientious of the needs of Muslim women and take a balanced approach toward Muslim and non-Muslim tourists will be preferred.

The report revealed that meetings, conferences and event-oriented tourism, which is evaluated under the category of business travel, is also an important part of the economy and is seeing a growth trend, influenced by growing economies like Turkey, Indonesia, Malaysia and the Gulf Cooperation Council (GCC) countries.

Asia is the most preferred continent while Africa comes in second with a higher score compared to the previous year, the report indicated. Malaysia, which increased its index score by 0.6 points to 82.5 compared to the previous year, topped the index for the seventh time in a row. According to the index, the UAE came in second place with 76.9 points, followed by Indonesia in third with 72.6 points. Turkey, on the other hand, ranked fourth among the 130 countries with 72.4 points. Evaluating non-OIC destinations the report shows that Singapore, which ranked tenth in overall ranking, topped the list, followed by Thailand and the U.K. In terms of the overall ranking, the U.K. ranked 20th, Japan in 32nd, France in 34th, the U.S. in 36th, with Germany coming in 4st. Non-OIC member India came in 39th and China came in 45th, while El Salvador was places at the bottom of the list.