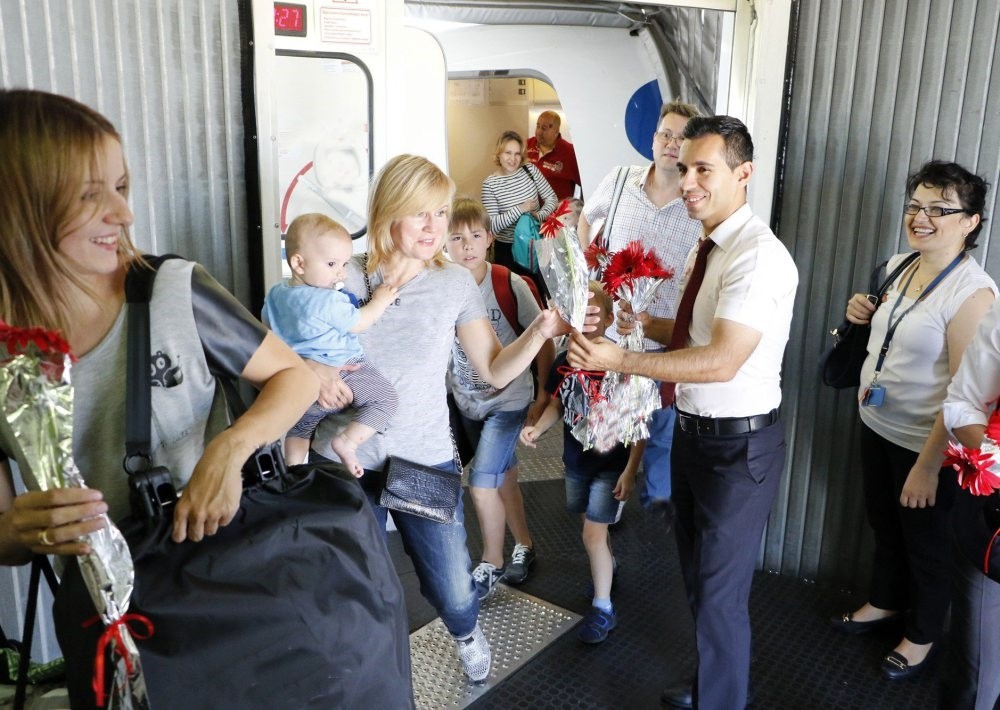 Russian Ambassador to Ankara Aleksei Erkhov visited Governor Karaloğlu at his office and while there said relations between Turkey and Russia were probably experiencing the best period in history, indicating that both political and commercial relations were continuing at a high level.

Karaloğlu also pointed out that Antalya is the province that Russian tourists visit the most outside their own country.

"We broke a record this year. In 2014, 3.307 million Russian tourists came to Antalya. The number of Russian tourists coming to Antalya as of Sept. 30 this year has reached 3.376 million, an all-time record. It seems that travel will also continue throughout October and November. This figure will grow even more.

"Russians do not come to our city just to travel. We also have Russian friends who have acquired a lot of real estate in Antalya. There are also a large number of Russian citizens living in Antalya. We are happy about it," Karaloğlu declared.

Answering journalists' question about Turkey's tomato exports to Russia, Erkhov said: "Tomato production in Russia has strengthened with the ban on tomato imports. We do not want to hurt our own producers by lifting this ban. There will soon be a commission meeting for the two governments. The decisions will be made within the scope of this meeting or in the near future. However, the problems will be solved in the future."