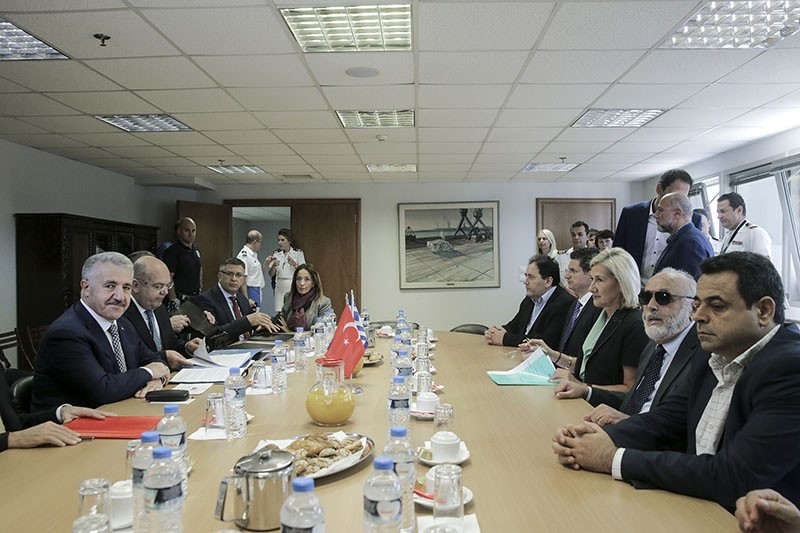 Turkish and Greek ministers met Thursday in Athens to discuss and solve ongoing maritime transport and yachting issues in the Aegean.

Turkish Transport, Maritime and Communication Minister Ahmet Arslan said Thursday his meeting with Greek Maritime Minister Panagiyotis Kouroumplis was positive, and both parties agreed to keep the ferries running since it is important for the commerce, tourism and economy of both countries.

Arslan said that the ban for yachts under 24 meters in length to sail to Greece will be kept in place, but technical delegations will meet next week in Turkey to overcome the problem.

"The White Flag status is not something we apply between Turkey and Greece, it is an indicator of prestige that determines the treatment our boat will be subject to throughout the world. As a White Flag country, as we are being treated top level, we cannot risk it," Arslan said.

Turkey had banned commercial yachts and other vessels from sailing to Greece in late September upon increased checks by the Greek coast guard and port authorities, which resulted in hefty fines and vessel seizures, which could have led to downgrading of the Turkish shipping industry's status from white to gray. The deadline for ferries operating on the Turkish mainland and Greek islands was set for Oct. 12.

Regarding the vessels currently held in Greece, Arslan said that the Greek minister's past and current practices show that he acts with good intentions, and objection mechanisms within the scope of the Paris Memorandum is currently working.