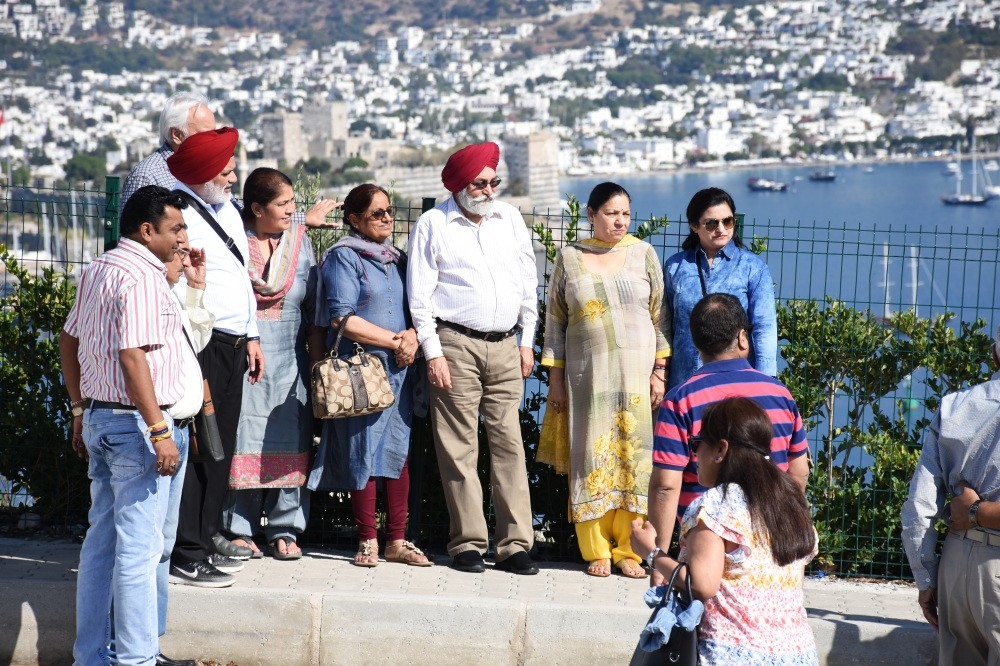 The 3rd Tourism Council features Turkey's new vision for its tourism policy, which will concentrate on the diversification of target markets to attract more visitors from East and Southeastern Asia and South America

After Turkey went through one its most tumultuous years in 2016, bearing witness to a series of terror attacks, a failed coup attempt in the third quarter, and a series of unfortunate events in the region, particularly in Iraq and Syria, its tourism sector was immensely affected.

Faced with a sharp decrease in the traditional European market due to terror attacks and the Russian market because of the jet-downing crisis in November, Turkey tried to compensate for the decrease with other markets, particularly the Middle East.

The new tourism policy also eyes further diversification to include South Korea, China, Japan, Malaysia, Indonesia, and South America, President Recep Tayyip Erdoğan emphasized yesterday in a speech at the 3rd Tourism Council to minimize the impacts of the political developments in the region.

Over the last decade, the contribution of the tourism sector to Turkey's gross domestic product has been around 4 percent, but it saw a considerable increase in 2015, jumping to 6.2 percent. However, due to unfortunate events in 2016, the tourism revenues, which declined to $22 million from $31 billion in 2015, only composed 2.6 percent of the country's gross domestic product (GDP).

Erdoğan elaborated on the global and local tourism figures in the economy. As he announced, Turkey generated $26 million from tourism revenues in the first nine months of the year. As for the global atmosphere, Erdoğan said that tourism makes up almost 10 percent of the global economy, creating revenue more than $7.5 trillion per year and providing employment for nearly 300 million people.

"Tourism in our country has left the worst period. The increase in tourism revenues prove that Turkey is self-sufficient in tourism and has the immense capability to treat its wounds," Erdoğan said to highlight the recovery of tourism to the country.

Yet he also drew attention to the discrepancy between the increasing number of tourists and the revenues, emphasizing that the sector must work to ensure a parallel increase both in the number of visitors and revenue, which the government fully supports.

In order to accomplish those goals, Erdoğan said, the tourism policy obviously needs a new vision, perspective, and approach. The reviews and discussions during the 3rd Tourism Council, he stated, will hopefully reap results to contribute to the achievement of tourism goals.

Drawing attention to the changing concept of tourism, the president highlighted that entertainment or leisure is no longer the sole reason for tourism and people prefer to experience different places for other purposes, which include enjoy different types of cuisine or delving into the resources of art production.

"Therefore, it is not wise to limit tourism activities into a number of areas," the president emphasized, adding that gastronomy tourism attracts demand as much as nature tourism.

"We witness the fast development of thermal tourism and health tourism," he noted, elaborating on the rich cuisine, nature and folklore in Turkey.

This will make the country garner the highest profit from tourism when mobilized in the most correct way with a new vision in tourism policy, he said.

Erdoğan also said that travel warnings for Turkey lose their seriousness as the number of visitors increase.

Recalling the pre-election row between Turkey and Germany until the Sept. 25 German elections, the president underlined that 2.5 million Germans came to Turkey for touristic purposes. This number proves the success of a previous campaign that initiated and urged Turkish guest workers in Germany to bring their neighbors to Turkey.

Moreover, the president added that the number of Russian tourists, which exceeded 3.5 million, demonstrated that the problems with the Russian market have been settled.

After the loss in the European and Russian markets in 2016, Gulf countries have become the largest tourism market for Turkey, Erdoğan said. He further stressed that the new tourism policy must focus on China, which sends out 120 million tourists around the world per year, India, Malaysia, Indonesia, Japan, South Korea and South American countries.

"Once we ensure the market diversification, we will be able to minimize the impact of political developments in the tourism sector," Erdoğan indicated, reiterating the need to expand target markets in tourism.