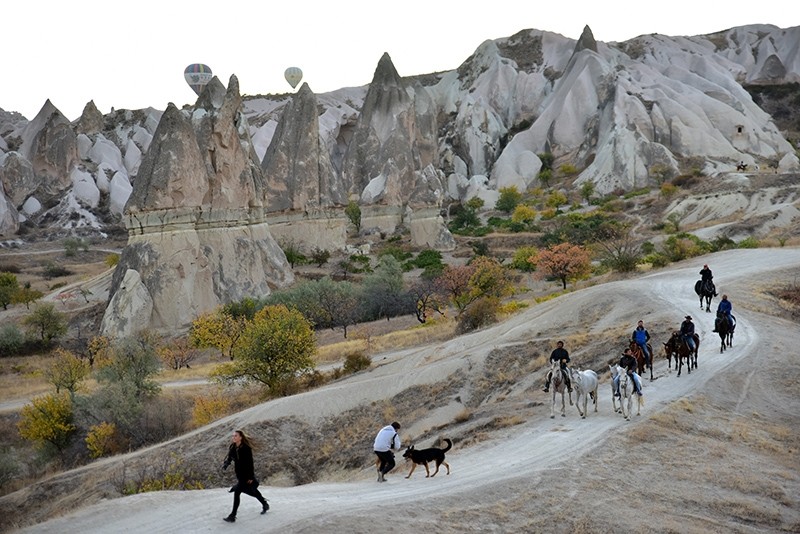 Turkey's famous tourist attractions Cappadocia and Mount Erciyes were part of a short film that bagged the "best global" movie award at a festival in Poland, according to a Turkish firm Thursday.

The short film, which was shot in 2016 in Cappadocia and Mount Erciyes, had been produced in cooperation with Radical Tours and Kayseri Erciyes A.Ş.

Mount Erciyes is a massive stratovolcano located some 25 kilometers (15.5 miles) to the south of Kayseri in Turkey. It is the highest mountain in central Anatolia, with its summit reaching 3.916 meters and is among Turkey's significant ski destinations, mostly during the season between November and April.

Erciyes Park is the first and only downhill bike park of Turkey.

Cappadocia, which lies in Central Anatolia's Nevşehir province, is a tourism favorite with its famous underground cities and houses carved into rocks, alongside its "fairy chimney" volcanic cones.

The award-winning film also features the action-packed images of cyclists who biked on the volcanic and tough land of the Mount Erciyes.

Nine cyclists of different nationals, including France, Poland, Russia, and Turkey, showed their ability on the "downhill bike track," the statement said.

Turkey is a great place for riding and movie shooting, it quoted the director as saying.

Erciyes was "an unforgettable adventure in our lives, for me and my friends," he added.