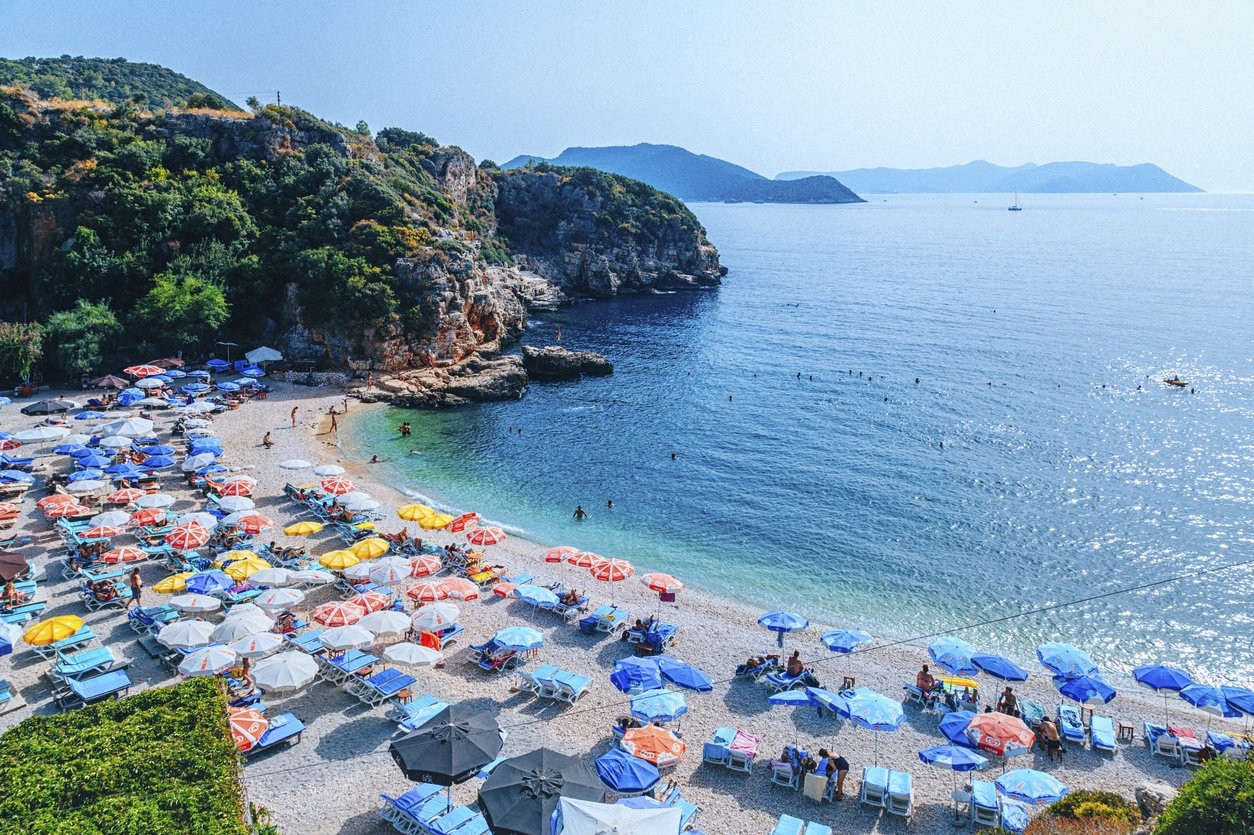 The Turkish tourism industry recovered from a tumultuous 2016 as the number of visitors hit 26 million in the January-September period, supported by rising number of Russian and German tourists

After seeing a sharp decline in the number of visitors to Turkey for tourism in 2016, a year that included a series of terror attacks and one failed coup, the tourism industry saw a recovery in 2017. With a 30-percent decrease compared to the previous year, the number of tourists who visited the country in 2016 was recorded at 25.3 million, while that number exceeded 36 million in 2015. According to information provided by the Ministry of Culture and Tourism, the rising trend in the number of tourists was reflected in the 26 million tourists who came to Turkey in the first nine months of the year.

Cengiz Aydın, deputy general director of promotion at the Ministry of Culture and Tourism, stated that the number of tourists coming to Turkey is on the rise in 2017, adding that the figure reached 26 million tourists in the first nine months of this year with the increase in the number of visitors coming from main markets such as Russia, the U.K. and Germany.

In the scope of the 33rd Philoxenia International Tourism Fair in Thessaloniki, Greece, a panel titled, "Greek-Turkish Tourism Cooperation," organized by the Greek-Turkish Chamber of Commerce of Northern Greece, hosted leading figures from the Turkish and Greek tourism sector who delivered speeches.

Also speaking during the panel, Deputy General Director Aydın pointed to the interest among Greek citizens for Turkish tourism, stressing that Turkey ranks second among the destinations preferred by Greek citizens. "We are pleased with this [level of] interest and we think it can be increased. I believe that, very soon, Turkey will be the [top] destination [among] the Greeks," he added.

Aydın said tourism in Turkey has made significant progress in the last 15 years, stressing that the number of visitors approached 40 billion in 2015 compared to 13 million in 2002 while adding that revenue generated by the tourism industry reached 32 billion in this process.

Aydın highlighted that despite the decline experienced last year, tourism is on the rise again in 2017, noting that the figure reached 26 million tourists in the first nine months of this year with the increase in the number of visitors coming from main markets such as Russia, the U.K. and Germany.

He also added that the Ministry declared 2018 the "Year of Troy." Specifically, Aydın noted: "Troy is one of the most well-known ancient cities of the world. We will carry out special projects in 2018 especially on Troy. On the other hand, we will welcome our Greek friends to Çanakkale."

'Visa at gate' for northern Greece

Meanwhile, the Consul General of Turkey in Thessaloniki, Orhan Yalman Okan, also speaking at the panel, stated that it is important to improve the transportation infrastructure in order to increase the number of tourists, suggesting that İzmir-Thessaloniki and Ankara-Athens flights should also be scheduled.

Touching on the need to improve physical conditions at land and sea border gates, Okan emphasized that the Ipsala-Kipi border crossing especially needs improvements, adding that the second bridge and border crossing should be built as soon as possible.

Okan recalled that the "visa at the gate" practice is applied for Turkish citizens seeking to visit the Greek islands nearby. "If the facilitated visa regime can be applied for northern Greece as well, that is, if the Greek authorities can persuade Brussels, it will have a tremendous contribution to our tourism relations," he added.

81 pct of Greeks satisfied with TurkeyMeanwhile, the results of a survey conducted by the University of Macedonia on the perception of Greek citizens in Turkey in terms of tourism were also presented at the panel.

Professor Rodoula H. Tsiotsou said that roughly 40 percent of Greek citizens have travelled to Turkey at least once in their lives, adding that Istanbul is the favorite destination of Greek tourists with 68 percent, followed by Edirne, Ayvalık and İzmir.

Tsiotsou pointed out that 81 percent of Greeks were satisfied with Turkey, adding that about 70 percent would like to visit the country again.

Stressing that Greek tourists consider Turkey as an affordable destination in terms of tourism, Tsiotsou went on to say that Turkey has a positive image in Greece and that the perception of visitors continues to move in a positive direction.