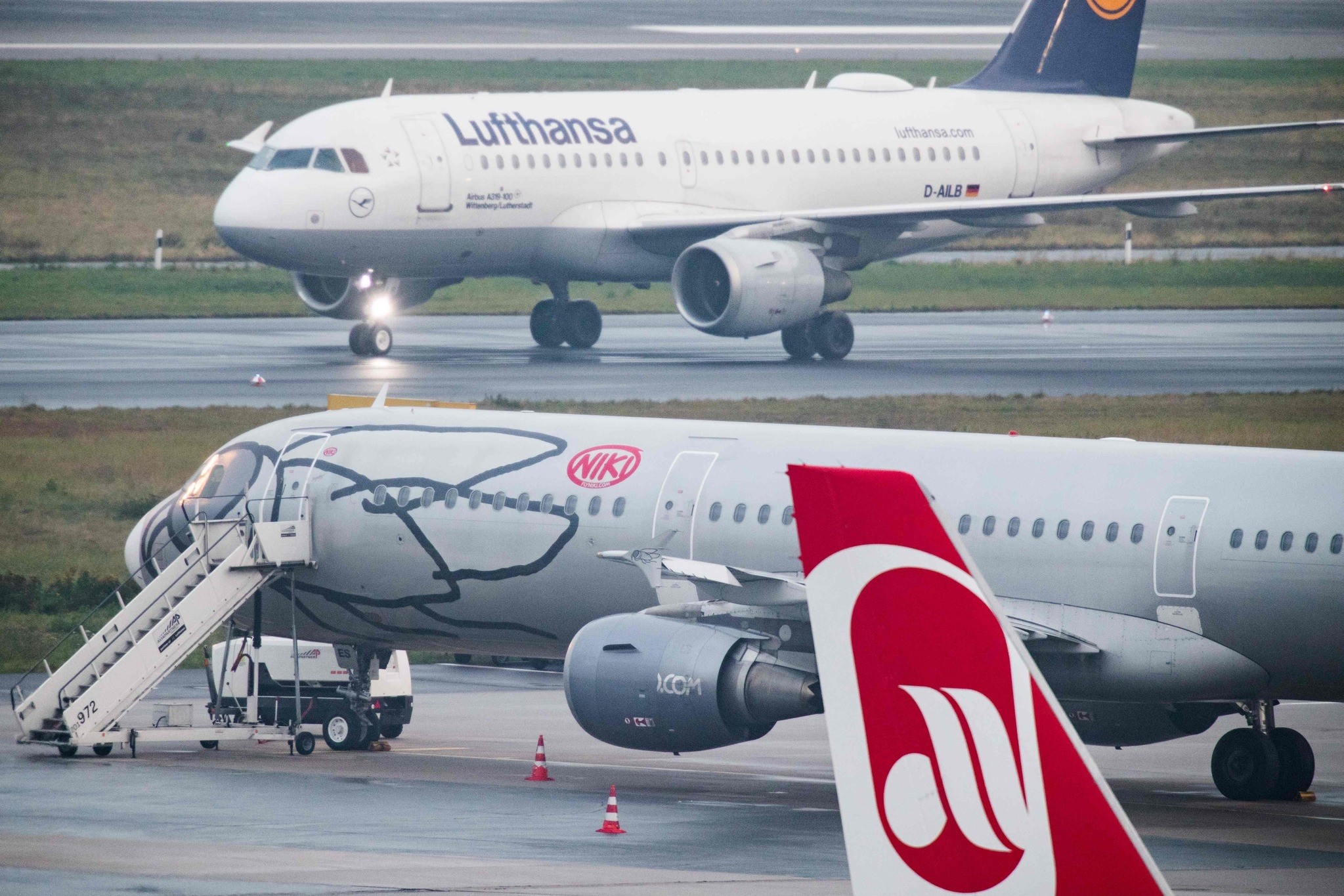 An airplane of German airline Lufthansa (background) rolls past planes of the airlines Niki (C) and Air Berlin (foreground) at the airport in Duesseldorf, western Germany, on December 1, 2017. (AFP Photo)
by Dec 08, 2017 12:00 am

The European Union said Friday it was concerned about the impact on competition of German airline Lufthansa's plan to take over routes operated by failed rival Air Berlin.

"We have quite deep competition concerns because there is a risk that on some routes Lufthansa becomes de facto a monopoly," EU competition commissioner Margrethe Vestager said at a news conference.

The warning comes a week after Lufthansa offered concessions to encourage the European Commission to green-light its planned purchase of parts of Air Berlin.

But Vestager said she now wanted input from customers and competitors in the European aviation market to dispel any anti-trust doubts concerning the purchase.

Vestager previously said that, given its dominant position in domestic air travel, Lufthansa might have to give up certain routes in exchange for approval.

Lufthansa chief executive Carsten Spohr responded by saying that he would be "ready" to meet her demands.

Its aircraft were kept aloft by a 150-million-euro emergency loan from the German government while it negotiated the sale of its assets.

Since the October deal the EU has allowed Lufthansa to operate some of Air Berlin's planes to make sure there was no short-term negative impact on travellers.

Vestager made clear she is now focusing on the longer term impact on customers.

In "the long term it is important for the passengers in Germany and in Austria to have choice and also have businesses competing in order to keep prices down because the risk of any monopoly of course is that prices go up," she said.