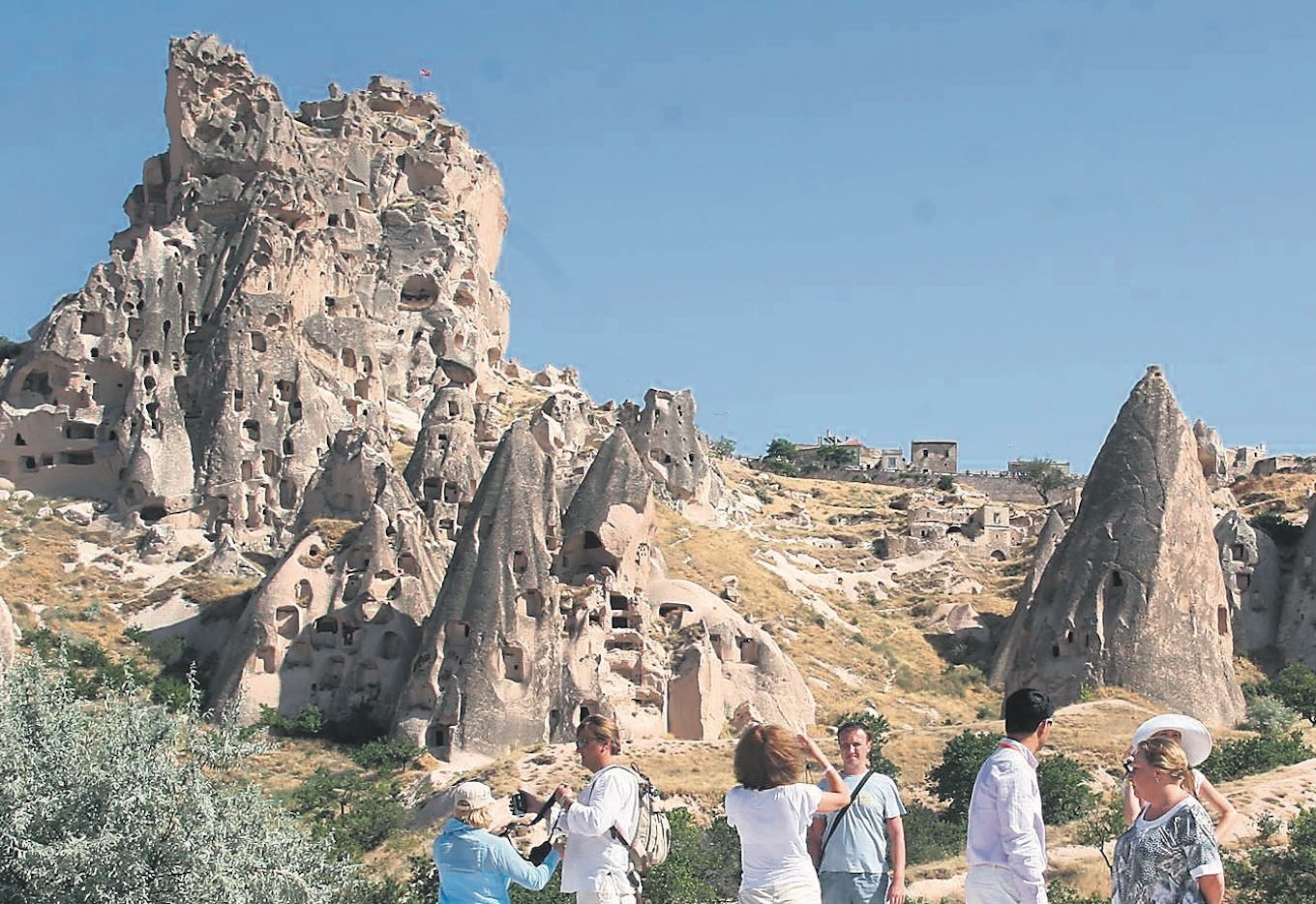 For Turkish tourism, which constituted 2.6 percent of the country's gross domestic product last year, 2016 was not a very lucrative year, only yielding $22 billion in revenue due to the July 15 coup attempt and a number of terrorist attacks. However, the sector quickly recovered in 2017 and has been on an upward trend with an increasing number of visitors and revenues which are estimated to reach $24-25 billion by the end of the year. In accordance with the promising 2017 data, sector representatives say that the tourism sector will preserve its performance next year, generating more income and expanding its target markets.

Turkish Travel Agencies Association (TÜRSAB) Chairman Başaran Ulusoy said the Turkish tourism sector would show better performance in 2017 than 2016 in terms of the number of visitors and tourism revenues. "We regard the year 2017 as a period in which we store power for the rise of Turkish tourism again. Our main goal is to ensure that Turkish tourism grows again in 2018 and in the following years with serious acceleration," Ulusoy said.

According to the TÜRSAB chairman, with the return of Russian tourists in 2017, Russia has become the largest market for the Turkish tourism sector, while the number of visitors from countries such as Iraq, Kazakhstan, Saudi Arabia, Azerbaijan, Ukraine, Georgia, Bulgaria, France, Greece and Belgium has also gone up. On the other hand, the number of tourists coming from major markets, such as Germany, the U.K., the Netherlands and the U.S., declined in the first 10 months of the year. Meanwhile, tourism revenues in the first nine months of the year increased by 16.45 percent, reaching $20,174,468,000. As a result, the sector will end 2017 with a better performance than 2016 in terms of total number of visitors and tourism revenues.

Highlighting that the Ministry of Culture and Tourism's promotion strategy played a great part in the success of Turkish tourism, the chairman noted that many institutions representing the tourism sector, especially TÜRSAB, have made important efforts to promote Turkey abroad in this process. "However, it is also a fact that we have to further boost our promotional and marketing activities so that we can reach higher levels in global tourism. We need to increase promotional and marketing activities for Asian countries, such as China, India, Malaysia, Indonesia, South Korea and Japan, all of which promise great potential, in addition to our usual markets such as Europe and Russia and the Commonwealth of Independent States," he added. As a matter of fact, the entire tourism sector, under the leadership of the Ministry of Culture and Tourism, has focused on promotional activities in these countries in search of market diversification. In this context, TÜRSAB is participating in Travel Turkey international tourism fairs organized by Turkey and promoting its tourism potential in foreign countries in an attempt to attract the attention of the international tourism community.

He said that they are focusing on Asian markets as well as their regular markets with their activities in the recent period and that they are planning to conduct "Roadshow" and "B2B Workshop" activities in many countries including Slovenia, China (Hong Kong), Denmark, Finland, Norway, Serbia, Ukraine, South Korea, Bangladesh, Pakistan and Bulgaria.

The sector believes that segmented destinations with certain markets need to be evaluated with more intensive promotional and marketing activities to achieve success in targeted areas from now on, he said, emphasizing that this kind of work should not be expected just from official authorities, but local elements should also be mobilized, and social tourism awareness should be introduced. ISTANBUL / DAILY SABAH WITH AA