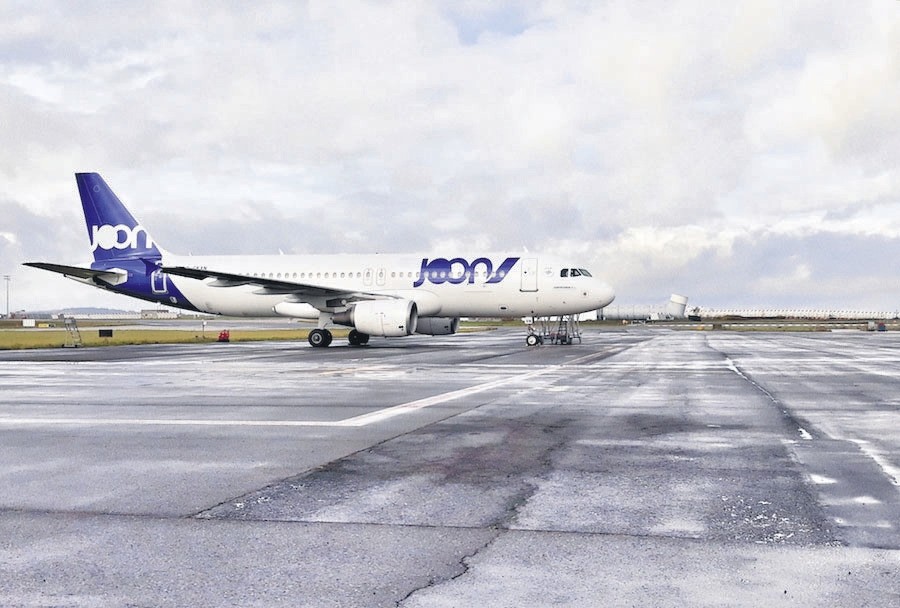 Air France has decided to carry out Istanbul flights with its lower cost airline Joon, which was launched by the company on Nov. 25 to attract a younger clientele and to restore some routes to profitability. Joon will start Istanbul-Paris flights as of late March 2018.

The company said it would carry out Paris-Istanbul flights seven times a week, while it will use code-sharing deals with two Turkish airline companies, Atlasglobal and Pegasus.

Besides market losses due to increased capacity and intense competition, especially in Europe and the Middle East, many airline companies are experiencing a decline in unit revenues and profitability problems.

European-based airlines are having difficulties competing with low-cost airlines like Ryanair and easyJet. THY is an important competitor with 329 aircraft in its fleet and flights to 300 points.

Air France KLM General Manager for East Mediterranean Jerome Salemi, who said the company decided to carry out its Istanbul flights with its Joon brand as of late March next year, indicated that they are aiming to take a position with Joon in destinations where they have to be more competitive with low cost or national airline companies and where Air France faces high competition.

Salemi also said that Air-France-KLM definitely has a presence in Turkey and wants to further expand in the country. He added that as the market is highly competitive, they aim to grow by using innovative, competitive methods, and they will use Joon to achieve that goal.

The company will also be able to make additional flights seven times a week via a deal with Atlasglobal. In addition, KLM will be able to carry out Istanbul-Amsterdam flights via code-sharing cooperation with Atlasglobal and Pegasus, Salemi said.

Besides flights from Paris to Istanbul, Joon will also have flights to Rome, Barcelona, Lisbon, Berlin, Cape Town, Seychelles, Cairo and Tehran. Joon, which has a total of seven Airbus 320 in its fleet, aims to increase this number to 28 by 2020.

Joon, which will make Istanbul flights with the A320, will use Atatürk Airport.