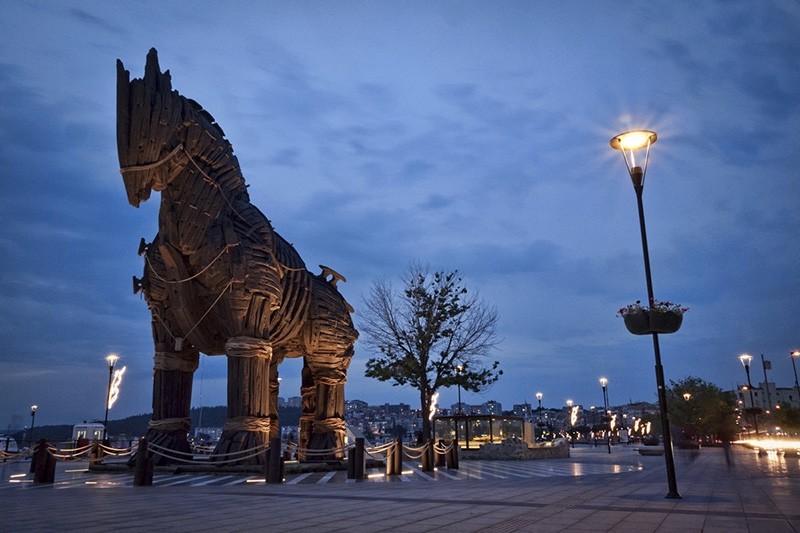 The new Museum of Troy in Turkey's western Çanakkale province is expected to draw 1 million tourists in its inaugural year, including several Hollywood celebrities who were invited by the Turkish government.

Turkey's government declared 2018 the "Year of Troy" in honor the 20th anniversary of the ancient city's recognition as a UNESCO World Heritage Site.

The 10,000-square-meter museum which cost TL 50 million ($13.2 million) will showcase archeological findings of the ancient city, as well as 24 gold pieces known as the treasures of Helen of Troy, which were returned to Turkey from the United States after 125 years.

The Hollywood actors who starred in the 2004 movie Troy, including Brad Pitt, Diane Kruger, Eric Bana and Orlando Bloom, have been invited to visit the museum by Turkey's Tourism and Culture Ministry.

The ministry has planned multiple events to mark the "Year of Troy," including war reenactments, symposiums and Trojan-themed performances at the State Theater, Opera and Ballet.

The International Troy Games are expected to draw athletes from around the world to compete in multiple events at the historic site.

The city of Ancient Troy was declared as a World Cultural Heritage Site by UNESCO in 1998. It is the historic setting of the Greek Trojan War, described in detail in Homer's epic poem "The Iliad."

About 4,000 years later, not far from the battle of Troy, Ottoman troops defeated the attacking British and French forces in the 1915 World War I battle of Gallipoli. Both battle sites in Turkey's Çanakkale province draw hundreds of thousands of visitors each year.