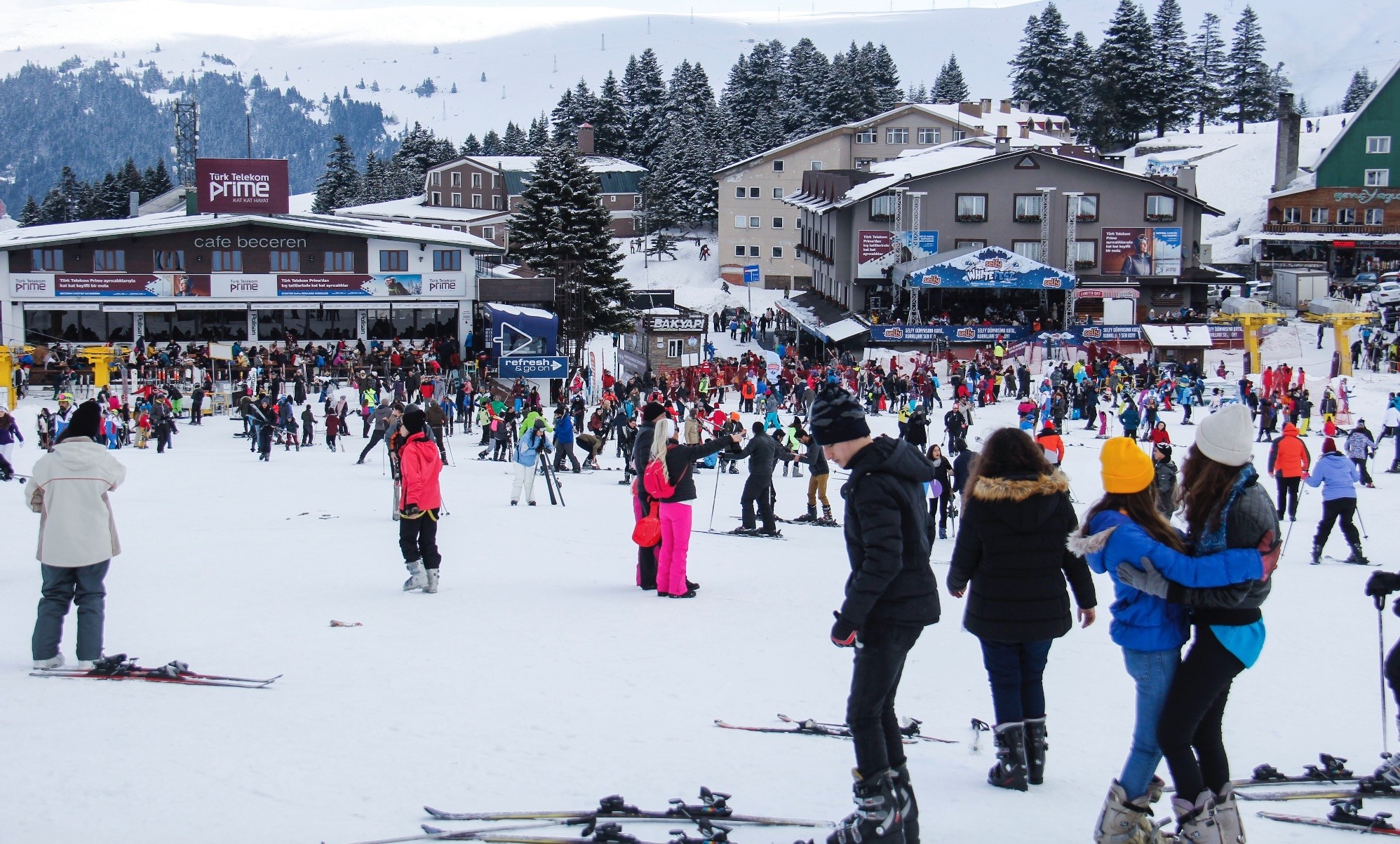 With the winter season officially underway, Turkey's top winter tourism destinations experienced a boom in hotels' occupancy rates, which reached 80 percent in some part due to the high interest from the foreign visitors coming from a number of countries such as Russia, Japan, Georgia, Iran and other Middle Eastern countries

With the cold season officially starting on Dec. 1, hotels in Turkey's winter tourism destinations have already reached an 80 percent occupancy rate before February – when the season generally reaches its peak. The promotional activities carried out by the Culture and Tourism Ministry for the past three years in order to increase winter tourism mobility have started to bear fruit. Charter flights from Russia to Kayseri, a central city where Mount Erciyes – famous for its ski resorts – is located, and to one of Turkey's biggest winter centers, Erzurum, have started this year. Iranian and Middle Easter tourists also showed high interest in Turkey's winter tourism.

Tourism experts emphasized that Turkey hosted around 1.5 million local and foreign tourists at hotels between Dec. 1 and March 15, 2017 and they said that they estimate this figure to exceed 2 million this year.

Indicating that foreign tourists composed around 10 percent of that figure, the experts said that Turkey was known as a summer tourism destination but the tourism ministry carried out serious promotional activities with the aim of spreading tourism throughout the whole year.

Underscoring that winter tourism is growing each year by gaining momentum thanks to the promotional activities, Turkey Ski Federation Chairman Erol Mehmet Yarar said, "Hotels reached an occupancy rate of 80 percent in December, a number normally seen in February, the month in which the season usually reaches its peak."

"A winter tourist leaves around $1,200 on average," Yarar said, informing that the figure is about twice the amount that a tourist spent on average last summer.

Recalling that the International Snowboard Championship will be held on Jan. 16 to Jan. 21 in Erzurum, Yarar said, "This event will be broadcast on international channels and will make a significant contribution in terms of promotion."

A serious preparatory process is being experienced for 2026 Winter Olympics, the ski federation chairman continued, "We think that if the tourism ministry declares its candidacy for this race, it would highly contribute and boost the winter tourism in Turkey."

Emrullah Akçakaya, the CEO of the Dedeman Group, which owns two hotels in Erzurum's Palandöken, said there was a 25 percent increase in demand for the region this year.

"The occupancy rate [in December] was 60 percent last year. The rates in January and February will also exceed 80 percent. In March, we expect the figure to reach 70 percent," Akçakaya said.

On the other hand, the chairman of the Association of Hoteliers and Operators of Southern Marmara, Haluk Beceren, said that with an opening of the Osmangazi Bridge, there was a serious increase in daily tourism in Mount Uludağ.

"Middle Eastern tourists who come to Istanbul also come to Uludağ. Hotel occupancy has also been very good," he said.

"In December, hotels reached 100 percent occupancy rate on the weekends and 65-70 percent during the weekdays. There is an increase of 30 percent compared to last year," Cıngı said.

Underscoring that Kayseri started receiving Russian tourists with charter flights this year, he said, "We aim to host around 5,000 Russians. At Erciyes, we are also hosting Japanese and Chinese tourists who are coming to Cappadocia."